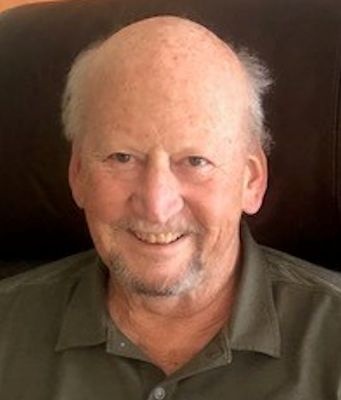 Michael T. “Mike” Pappas, age 68, of Appleton, WI was born to Eternal Life on September 23, 2021, at his home surrounded by his loving family.

Mike was born to Life in Chicago, Illinois to James and Mary (McGovern) Pappas on February 23, 1953.  He attended school in Chicago and graduated from Brother Rice High School in 1971.   Through fate and his mother’s friendship with Julie’s Aunt, he met Julie Pfeiffer in Dallas, TX. After a brief engagement, Mike and Julie were joined in marriage on May 18, 1985, in Milwaukee. They were husband and wife, the love of their lives, partners, best friends, travel companions, and occasional sports fan rivals.

Mike and Julie relocated to Appleton in 1987 where he joined his brothers in the family business: Appleton Compressor Service and Supply.  Mike sold compressed air systems and vacuum systems to numerous clients.  He helped the customers solve their air and vacuum systems problems, teaching and informing them what they needed -not just selling hot air.   Mike was known for his bright colored pocket polo shirts with the company logo that became his trademark look. Mike retired in 2020 after 33 years of dedicated service to the family business.

Family was a priority to him. His children meant the world to him from the moment they were born. Mike spent his free time with organizations that were important to his children – the Boy Scouts as Chairperson of Troop 135, FIRST Robotics advisor, soccer coach for Angela and overall support person for whatever activity or sport they chose to be involved with – including traveling at least 12,000 miles each fall to watch Steve play football with Bemidji State University and driving to St. Louis University to visit Angela.  They also traveled to Angela’s study abroad and clinical sites including Memphis, Madrid, and Italy. Mike was blessed to be a grandfather; a title he relished. He packed in a lifetime of love into the four months he had with his granddaughter Scotlyn.

Mike was a loving and gentle man who was far more than his business success. He was kind, generous of his time and attention, a great storyteller, an incredible listener, an encouraging father, a dependable friend, a great golf partner, and a trustworthy man of quiet faith and integrity.

Mike had a witty and goofy side that some may not have known about. He loved Sci Fi and fantasy television and movies, notably Dr. Who and the Lord of the Rings series. He loved music and was happy to attend concerts, musicals, and theater events with Julie. He read the Harry Potter series to his kids and was known to be Disney obsessed after several family vacations to Disney World. Mike liked his cars fast and his scotch on the rocks. No matter what his mood, Mike would always reply with “I’m just ducky”!

Mike is reunited in death with his son Andrew Pappas, parents Jim and Mary Pappas, and mother-in-law Jeanne Pfeiffer Ewens and other family and friends.

The funeral liturgy for Mike will be held on Saturday, October 9, 2021, at St. Bernadette Catholic Church, 2331 E. Lourdes Drive, at 11:00 AM with Fr. Joe Dorner officiating.  Memorial visitation will be held at the church from 9:00 AM until the time of services. Private interment at St. Mary Cemetery. In lieu of flowers, memorials to the American Cancer Society in Mike’s name are appreciated.

To order memorial trees or send flowers to the family in memory of Michael T. "Mike" Pappas, please visit our flower store.