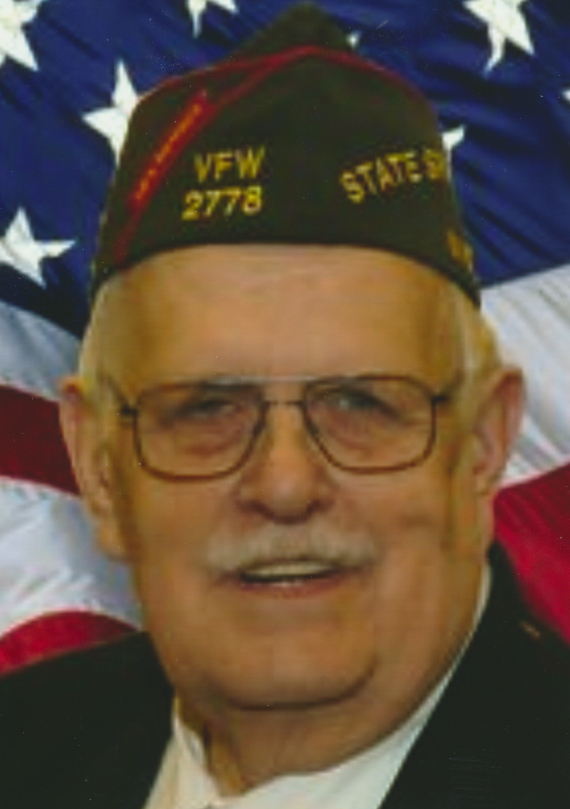 Michael Borg, age 76 of Appleton, passed away unexpectedly at his home on Sunday, April 25, 2021 from hereditary heart problems and exposure to Agent Orange.    Mike was born on December 30, 1944, son of the late Arthur Borg, Sr. and Bernice (O’Brien) Borg.  Mike graduated from Kaukauna High School in 1963 and received an Associate Degree in Electronics Technology from Fox Valley Technical College.  On April 22, 1967, Mike married the former Judy Reider at Holy Name Parish in Kimberly.  He lived the early years of his life in Kaukauna, but resided in Appleton since 1974.

From June of 1965 until June of 1969, he served his country as a member  of the United States Air Force, and was honorably discharged as Staff Sergeant E5.  For the next thirty-five years, he worked as an electronic technician for Northern Musicast in Appleton.  Poor health forced his retirement in 2007.

His military experience as a Defense Missile Guidance Technician instilled in him a love for Veterans and a special patriotic spirit.  Mike was a member of the Veterans of Foreign Wars Harvey Pierre Post 2778 in Appleton and held offices on all levels since joining in 1981 as well as serving as State Judge Advocate 9 years and State Commander with his wife Judy as State President for the 2015-2016 year.  He was also a member of the Military Order of the Cootie (serving as Past Grand Commander of Wisconsin), American Legion, Disabled American Veterans, Vietnam Veterans of America, and Fox Valley Vietnam Veterans.

Mike is survived by his wife: Judy Borg of Appleton; his son: Sean Borg of Little Chute; his daughter: Bonnie (Jon) Gremore of Greenville and their children Beckett and Marleigh; a sister: Sandra Wickesberg of Kaukauna; sisters-in-law; Joan Borg of Kaukauna, Mary Ellen Borg of Little Chute, and Carol Olmstead of Appleton; as well as his special nephew: Lorin (Shannon) Blowers of Menasha, numerous other nieces, nephews, relatives and friends.  In addition to his parents, he was preceded in death by 3 brothers, Arthur Borg Jr., Gene Borg, Dennis Borg, one sister Maribeth Roehrborn, brothers-in-law Gary Roehrborn and Jerry Wickesberg. as well as his father-in-law and mother-in-law Richard and Margaret Reider.

The funeral service with full military honors will be held at 12:00 Noon on Friday, April 30, 2021, at Bethany Lutheran Church, located at 124 W. 10th Street in Kaukauna, with Rev. Rob Krueger officiating.  Masks & social distancing will be appreciated.  A private inurnment will take place at a later date.  Visitation will be held at the church on Friday morning from 10:00 am until the time of the service.

To order memorial trees or send flowers to the family in memory of Michael L. Borg, please visit our flower store.