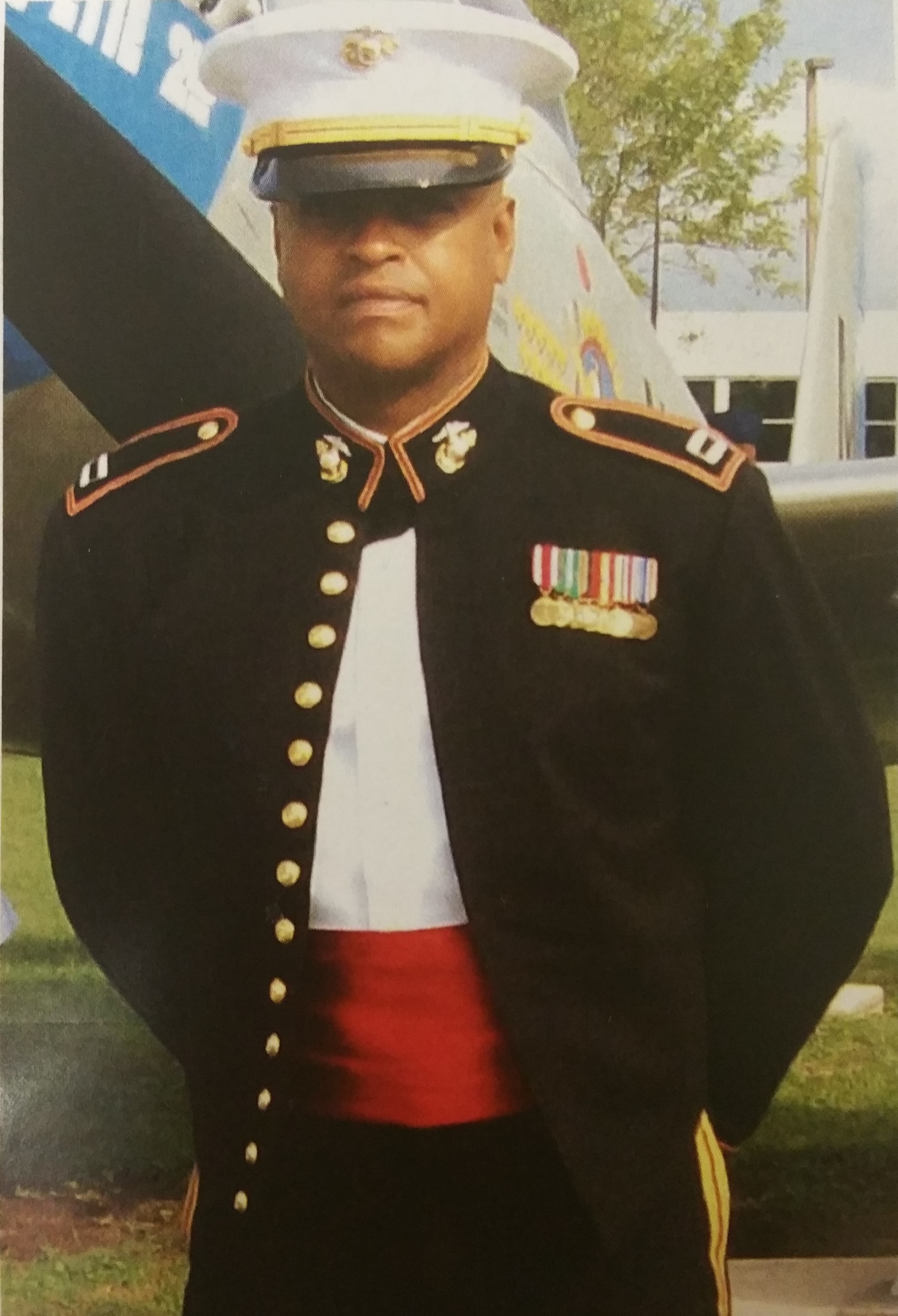 LDO Captain Michael Averell Graham, age 47, of Hortonville, passed away unexpectedly on Friday, March 27, 2015. Michael was born on May 25, 1967 to George and Mary (Bell) Graham. He attended Bay Springs High School in Mississippi. On December 24, 1999 he was united in marriage to Mary Pat Rausch.

Captain Graham enjoyed cooking, grilling, and making his own recipes. He enjoyed many types of music and could be found either: dancing, singing, or playing the drums. He always had dreams of becoming a college football star, until he suffered a neck injury in High School. Captain Graham always had a knack for helping someone in need; even if it seemed impossible, he always tried to make someone's day better. Most of all, Michael enjoyed spending precious time with his grandkids. He was an immensely proud member of the United States Marine Corps were he had served his country for over 24 years.

Captain Graham is survived by both of his parents, George and Mary; his wife of 15 years, Mary Pat; his children Stevie Marsh, Jasmine Hutt-Vansant, Kimberly Marsh, Mashawn Graham, and Nikita (Graham) Cantable; his brother George Dexter Graham and his sister Niqua Graham-Brooks.

Memorial Services will be held at 11:00 a.m. on Tuesday, March 31, 2015 at WICHMANN FUNERAL HOME TRI-COUNTY CHAPEL, 1592 Oneida Street, Menasha. A visitation will be held from 9:00 a.m. until the time of services. Online condolences may be offered at www.wichmannfargo.com

A special thank you to the Greenville first response team and Deputy Schommer.

To order memorial trees or send flowers to the family in memory of Michael Averell Graham, please visit our flower store.