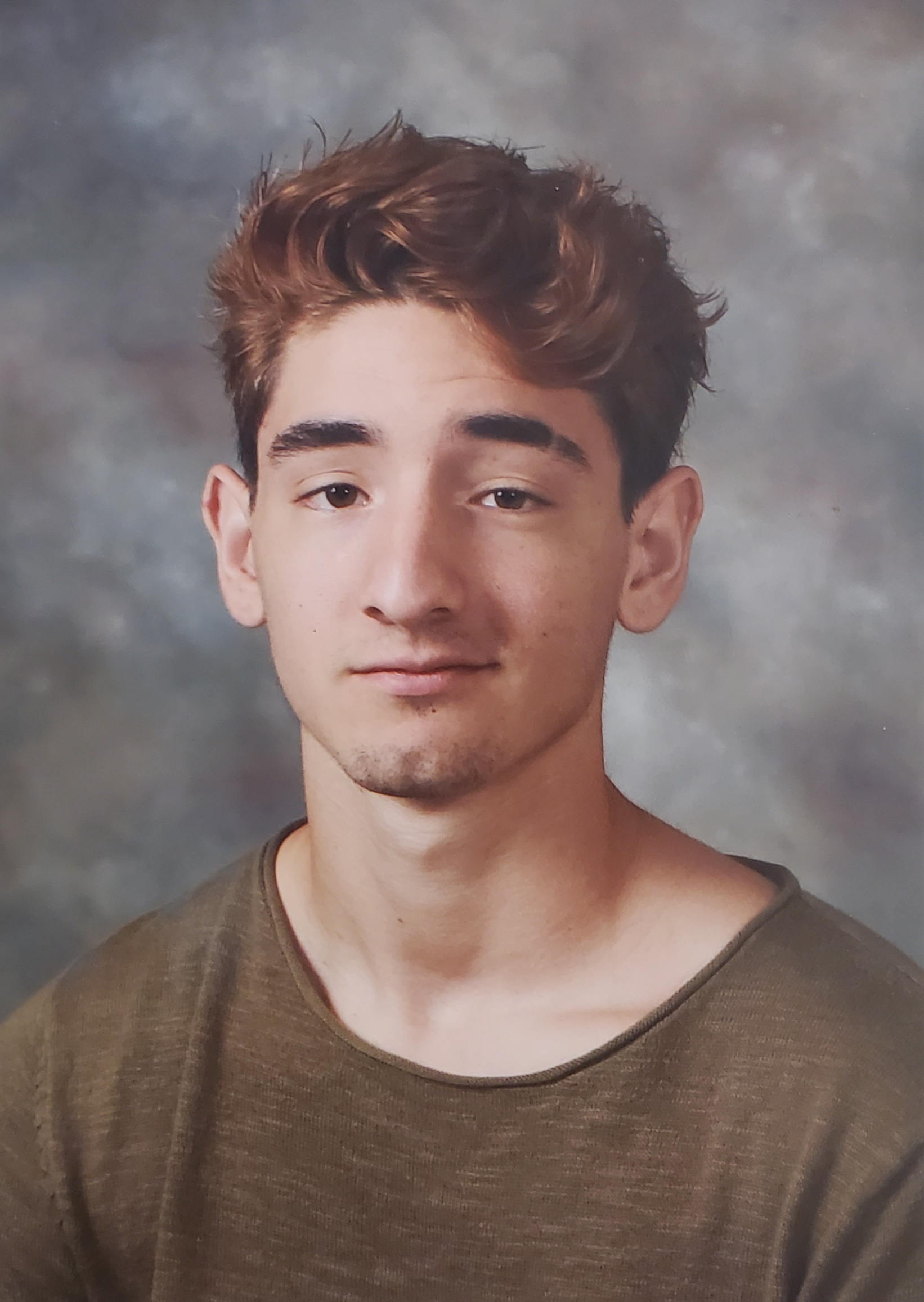 “So now indeed you have sorrow; but I will see you again, and your hearts shall rejoice; and your joy no man shall take from you.”     John 16:22

“All the days ordained for me were written in your book before one of them came to be.” Psalm 139:13

“For God so loved the world, that he gave his only begotten Son, that whosoever believeth in him should not perish, but have eternal life.”      John 3:16

San Marcos, CA – Michael Andrés Lopez, 23, passed away on Thursday, January 20, 2022.  Born on November 4, 1998, in Harlingen, TX, the son of Amaro and Michelle (Gilpin) Lopez, Andrés hit the ground running. He was such a joyful, peaceful baby that when he finally cried, after four months of life, his mother thought something dreadful was wrong.

“My Andrés never cries … he is always happy!”

Throughout his childhood, Andrés was a joyful boy: kind, active, and adventurous. He was a gifted athlete and played soccer with great passion for the Neenah Gunners Soccer Club, the Appleton Soccer Club, and the Xavier Hawks High School Varsity Soccer team. As a young man, he earned a position with the San Diego White Tigers FC, a semi-professional soccer team.

Andrés enjoyed music his entire life, beginning with piano and drums, before falling in love with the violin, which he played all throughout high school and continued to play for pleasure as a young man. He also loved photography – capturing the beauty of God’s creation, the uniqueness of the human person, and the intricacies of texture and dimension. His love for photography began in high school, when he took possession of his parents’ camera and began to photograph the wide world around him, capturing and revealing it in motifs that were both simple and complex.  Dedicated to perfecting his work, Andrés spent hours editing photos to be exactly as he wanted them, especially those he took of other people.

A 2017 graduate of St. Francis Xavier High School in Appleton, Andrés discerned his professional vocation and pursued his dream of working in the film industry by attending John Paul the Great Catholic University, in Escondido, California, where he received a degree in communication and business and graduated in 2020.  Shortly thereafter, Andrés began working at Drive Studio in Vista, California, as a 3D Designer and Graphics artist. His colleagues at Drive Studio describe him as “someone with an exceptional combination of technical expertise, creative talent, insatiable passion, and an ever-positive attitude that has impacted us all.”

“We don’t want to tell our dreams. We want to show them,” Christiano Ronaldo.

Andrés lived this out in his short but full life. He brought zeal and passion to all that he chose to pursue, whether music, sport, work or art. He lived life as an adventure to be pursued, seized, and accomplished.

Whether family, friend, classmate, teammate, or co-worker, all who knew Andrés felt at ease around him. Everyone in his life immediately knew and benefited from his generous spirit, his being so fully and enthusiastically present and joyful to others. He had a love and loyalty for friends and family.

In this love and loyalty, Andrés was most like Samwise Gamgee, a character from his favorite trilogy, Lord of the Rings, and especially when it came to this promise, as so many in his life experienced and can attest: “‘Come, Mr Frodo!’ he cried. ‘I cannot carry it for you, but I can carry you.’”

Andrés himself loved these following lines, also spoken by Samwise. To us, the lines describe Andrés’ heart and his finding and fighting for the good in life: “‘There’s some good in this world, Mr. Frodo, and it’s worth fighting for.’”

Andrés is survived by his parents, Amaro and Michelle; by his brothers, Alex and Noah; by his sisters, Analia and Grace; and by grandparents, aunts, uncles, many cousins and other relatives, and many, many friends, especially, his beloved, Samantha Cary.

Funeral services will be held at 12 PM on Saturday, February 5, 2022, at St. Mary of the Immaculate Conception Catholic Church, N2385 Municipal Dr., Greenville, WI 54942, with Fr. Michael Warden officiating.  Interment will be at St. Mary Cemetery, Greenville.  A reception will follow at 2:00pm.

In lieu of flowers, memorial contributions are appreciated to the Woman’s Support Center of Wisconsin, Milwaukee. Andrés always had a heart for the smallest among us. https://www.wscmil.org/support-us/

Michael Andrés’ family extends a heartfelt thank you to all those who have been in touch and in prayer, with care and support, during this most difficult time. All the prayers and Mass intentions bring us immense consolation as we take confidence in the promises of Our Merciful Savior, Jesus Christ.

“What eye has not seen, and ear has not heard, and what has not entered the human heart what God has prepared for those who love him.”      1 Corinthians 2:9

To order memorial trees or send flowers to the family in memory of Michael Andres "Andres" Lopez, please visit our flower store.