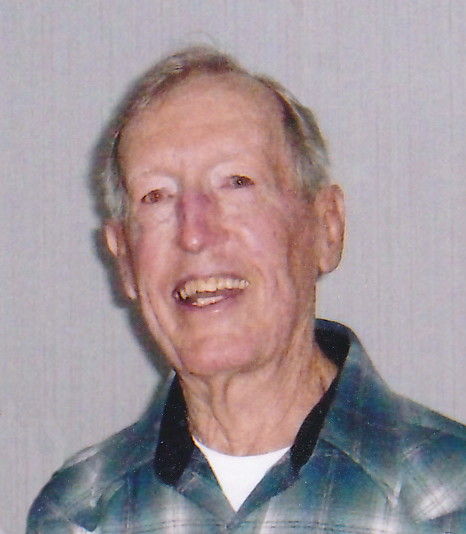 Mr. Merril Ristow, age 90, formerly of Waupaca, passed away peacefully in Brooksville, Florida, on Wednesday, January 23, 2013. He was born on January 14, 1923, in Wrightstown, to the late Wilhelm and Elizabeth (Kleuskens) Ristow. Merril served in the United States Army during WWII in the Pacific Theatre until 1945. He was part of the “Greatest Generation” of military veterans. Merril worked for Kraft Foods in Green Bay and was transferred to Chicago, whereupon he joined the Pipefitters Union Local 597. He married Kathryn Schreiter, formerly of Appleton, on September 12, 1953. They resided in Elmhurst, Illinois. Merril worked the pipefitting trades in the Chicago area until joining the Chicago Tribune building operation in 1967, where he remained until his retirement.
He is survived by one son, Paul Ristow of Appleton; three daughters and a son-in law; Elizabeth Ristow of Streamwood, IL; Kathryn Ristow of Palatine, IL; Christiaan and Janet (Ristow) Geerken of Iron Station, NC. Six grandchildren, Paula Stytz, Kevin Ristow, Laura Ristow, Matthew Ristow, Brian Mahnke, and David Mahnke and a great-grand son, Aiden Shannon. He was preceded in death by his wife, Kathryn; his son, Timothy, his sister, Mildred Carbine and his brother, Alvin Ristow.
The Funeral Liturgy for Merril will be at 11:00 a.m. on Wednesday, January 30, 2013, at ST THOMAS MORE CATHOLIC CHURCH, 1810 N. McDonald St. Appleton, with Father Gerald Falk officiating. Friends may call directly at the church from 9:00 a.m. until time of service. Interment will be in St. Mary Cemetery. Online condolences may be offered at www.wichmannfargo.com.

To order memorial trees or send flowers to the family in memory of Merril Ristow, please visit our flower store.