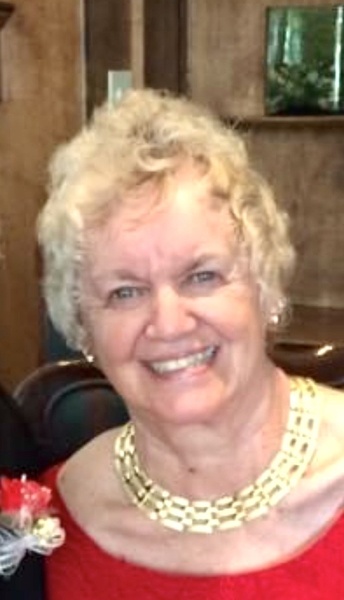 Heaven gained a beautiful angel. Mary Jean Knox, 78, passed away on Tuesday, May 3, 2022. She was born on September 9, 1943, in Two Rivers, WI, the daughter of Theodore and Mildred (Henrickson) Pagels. Mary Jean graduated from Washington High School in 1961 and Holy Family College in 1967 with a degree in Education. She married the love of her life, John Knox, on September 3, 1966, at St. Luke’s Catholic Church in Two Rivers, WI. They were blessed with 56 happy years of marriage.

Mary Jean had many interests including reading, crocheting, creating ceramics, traveling, and helping others. She was committed to her children and her community and volunteered her time in roles such as Girl Scout Council member and troop leader, PTO member, religious education teacher, yearbook advisor and Lioness Club president. She was an avid sports enthusiast, both as a participant and a spectator. Growing up she was somewhat of a trailblazer for women in athletics. Mary Jean loved tennis, winning the Two Rivers City Tennis Championship in 1952 (she even has the 2-inch tall trophy to prove it) and was the President of the Girls Athletic Association. She also played field hockey, synchronized swimming, bowled, and golfed. She loved watching sports on TV, especially basketball and golf. She was also the district office manager for American Family Insurance for 15+ years where she kept the office running smoothly.  Above all else, her most cherished role was that of wife, mother, and grandmother. Mary Jean was very supportive of all her children’s and grandchildren’s academic, musical, and athletic endeavors. She attended every event possible, even if it meant traveling several hours, and always showed up wearing just the right outfit and coordinated school colors. If a Guinness World Record for most miles traveled to be at such events existed, her family is certain she would hold it. Mary Jean will always be remembered for loving her family more than life itself. She would have done anything for her family and will be missed dearly.

Visitation will be held at 9:00am and Funeral Services will be held at 11:00 am, on Saturday, May 21, 2022, at St. Bernard’s Catholic Church, 1617 West Pine Street, Appleton, WI, with a luncheon to follow. In lieu of flowers, we encourage contributions to be made to the charity of your choice in memory of Mary Jean.

To order memorial trees or send flowers to the family in memory of Mary Jean (Pagels) Knox, please visit our flower store.