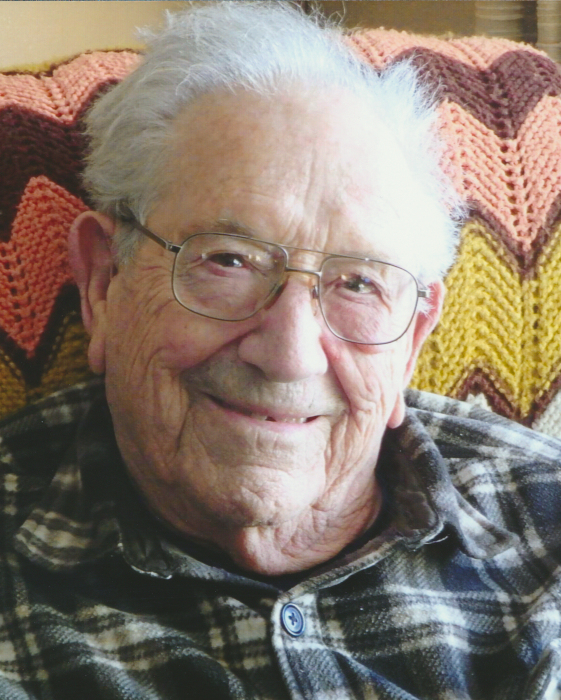 The youngest of six children, Marvin learned the value of public service early on, earning an Eagle Scout with Palms and becoming Troop 20’s Scout Master. In June 1943, he was drafted into World War II and wounded in France on August 4, 1944. He married Lois Schomisch of Kaukauna on June 17, 1950. In their 71 years of marriage they raised three children together: Dawn Trettin-Moyer, Hope Trettin and Tim (Joan) Trettin.

Marvin retired from a 33-year career as chief sales cost estimator for Voith, Inc.. In retirement, he spent many hours enjoying woodworking and wood carving, sharing his talents with church and family.

For 63 years, Marvin and Lois could be found most weekends enjoying cottage life at Pine Lake. He was the center of family get-togethers, holding court at the dinner table or holiday gatherings. Marvin was the family patriarch, a thoughtful mentor and strong advocate.

A life-long member of Immanuel United Church of Christ, Marvin served as a Sunday school teacher, church council member, and treasurer. He also was a member of the Disabled American Veterans (DAV) WM Speel Chapter 18-Appleton and VFW Post No. 3319, Kaukauna.

He was preceded in death by his parents, Carl and Bertha Trettin as well as his infant son Scott Alan.

Marvin’s actions and the way he lived life are a greater testament than all the nouns and adjectives we could use to identify his attributes. He will live on through those who loved him.

To order memorial trees or send flowers to the family in memory of Marvin A. Trettin, please visit our flower store.