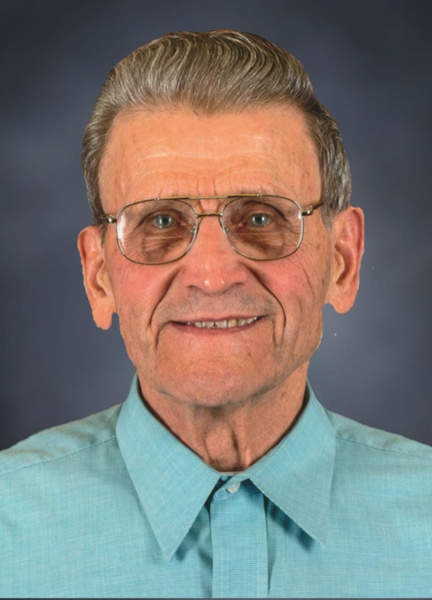 Marlyn Merholtz, age 85 of Appleton, passed away on March 19, 2020, following a lengthy battle with Alzheimer’s Disease. Marly was born May 7, 1934, son of the late Herman and Emilie Merholtz. He was a 1952 graduate of the Bensenville, Illinois High School. On February 16, 1957, he married the love of his life, Charlotte Conradt, at First Lutheran Church in Shiocton. For many years, Marly had been a devoted member of Bethany Lutheran Church in Appleton. In his younger years, he loved hunting, fishing, and using his handyman skills. He was a hardworking man who excelled in sports, especially softball. Marly could brighten anyone’s day when he would randomly break out, singing one of his favorite songs. He will also be fondly remembered for his sense of humor. Marly also proudly served his country as a member of the United States Army from 1957 until 1959.

He was preceded in death by his parents, his in-laws: Arthur and Martha Conradt, his wife Charlotte, his siblings: Delores Starks, Arlene Winterfeldt, Clifford Merholtz, Helen Wingate, and Richard Merholtz, as well as several of Charlotte’s family members.

In light of current events, a private service for the family will be held at Bethany Lutheran Church in Appleton, with Rev. Mark Henke officiating.  Entombment will take place at Highland Memorial Park.

A Celebration of Life for his family and friends will take place at a later date. When the celebration is scheduled, another obituary will appear in the print media as well as on this site.

To order memorial trees or send flowers to the family in memory of Marlyn D. Merholtz, please visit our flower store.