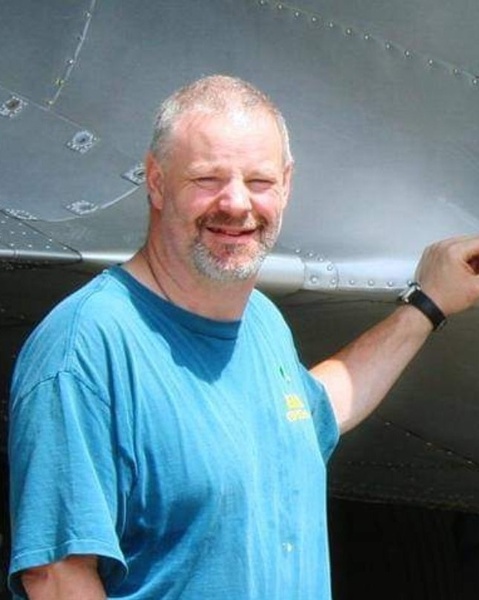 Although Mark's diabetes brought complications for nearly half of his life, he never let it define him. His determination and feisty demeanor helped him navigate and overcome the hardest of times. Mark found comfort spending time with his dog, Lily. She was his companion through everything, especially during his amputation and recovery. When Mark met Jill Baumgart, things started looking up. From the beginning, her support made Mark feel that he no longer had to fight alone. Jill was his best friend, life partner, and always gave him TLC when he needed it. On March 6, 2015 Mark and Jill were married. They filled their home with love, laughter, shenanigans and more dogs.

Mark had an appreciation for the simpler things in life. He loved spending time outside and never turned down the opportunity to go fishing. He took pride in his yard and enjoyed admiring it with Jill and their dogs; Frankie and Penny. Mark's favorite thing to do was sit by their firepit together; a glass of bourbon and a cigar really hit home. He enjoyed his weekly visits with Jill's parents, playing cribbage with his father-in-law was always a good time. Mark loved children and enjoyed spending time with his great nieces and nephews from baby on. Unless they squawked- then it was Jill's turn. A true Wisconsinite, Mark liked just about any type of cheese. He had a sweet tooth and a love for chocolates; Jill always made sure there was never a shortage of his favorite Dove chocolates. Mark really got into watching the Minnesota Wild professional ice hockey games and he would be happy with their current standings.

Mark was a gun enthusiast and a proud supporter of the second amendment. He shared his interest with Jill and together they enjoyed their weekly date night at the shooting range.
Mark had a love for aviation. From building model planes to monitoring flights with the application he had downloaded on his phone; his fascination was endless. Mark was only able to attend EAA one time before his physical limitations made it impossible. With the help of a new scooter, he and Jill had plans to go together in 2023.

Mark was knowledgeable in many areas, one being politics. If he wasn't watching MASH or the Three Stooges, it was Fox News. Although Mark was very strong in his beliefs, he was able to have an unbiased conversation when needed. But he was always ready for a friendly debate.

If you didn't like hearing the truth, you probably didn't like Mark. He was very good at razzing people, especially his great nieces and nephews, followed up with his unforgettable laugh. Mark was an honest man with a tender heart, and he will be missed.

The last few days of Mark's life were some of his bests. He was so excited- he had been looking forward to his 45th High School reunion for a long time. Mark and Jill went down to Ripon on Friday so he and his fellow classmates could be in the Homecoming parade and do some tailgating after. On Saturday, they attended the reunion and afterwards they even met his classmates at another gathering, where of course he enjoyed his bourbon. On their way home, Mark was beaming. He never stopped talking about how great of a time he had and how he couldn't wait for the next one. Although he won't be there to attend, we know he will not be forgotten.

Mark is survived by his wife, Jill; their dogs Frankie and Penny; his son Kyle (Ellen); a sister Pamela Sabel; a sister-in-law Pam Disterhaft; his mother-in-law Beverly Baumgart;

Per Mark's wishes, there will be no funeral. A burial and celebration will take place in the Green Lake Center Cemetery at a future date.

To order memorial trees or send flowers to the family in memory of Mark L. Disterhaft, please visit our flower store.