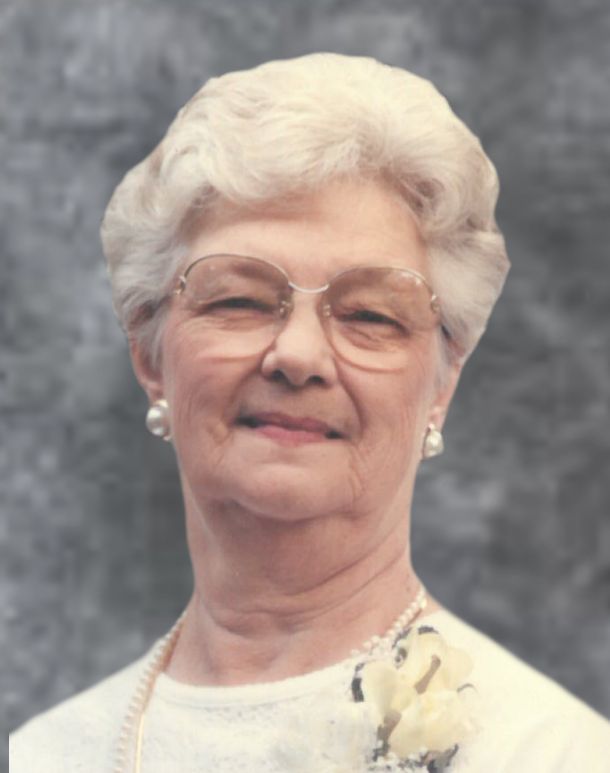 Marjorie E. Dobbs (Olson), 94 years, returned to the Lord, May 3, 2017 at The Bridges of Appleton. She was born February 10, 1923 to Louie and Gladys (Anderson) Olson in Vernon Co., Wisconsin. Marjorie graduated from Ontario High School where she met her husband Darwin. They married in December 23, 1942 in La Crosse, Wisconsin at Our Savior Lutheran Church and lived most of their lives in La Crosse, Wisconsin. Together they shared 71 years of marriage.

Marjorie worked as a telephone operator at La Crosse Phone Co and later as communication director at Gunderson Clinic. She and her husband also operated a root beer stand in Rockford, Illinois and a motel/restaurant in Eagle River, Michigan after retirement.

Marjorie was very proud of her Norwegian heritage and enjoyed holiday family meals which included lutefisk, lefse, and Scandinavian deserts. After retirement she enjoyed quilting, reading and travelling with her husband, Darwin. She also looked forward to watching the Cubs and her beloved Packers on TV.

Marjorie was preceded in death by her parents Louie and Gladys Olson, sister Lorraine Clark and sister-in-law Pauline Olson.

A Funeral Service for Marjorie will be held on Friday, May 12, 2017 at 2 pm at Wichmann-Fargo Funeral Home, 537 N. Superior St., Appleton. Private Interment Oak Grove Cemetery, La Crosse, Wisconsin. Family and friends may gather Friday, May 12 from 1:30 pm until time of Service.

To order memorial trees or send flowers to the family in memory of Marjorie E. Dobbs, please visit our flower store.