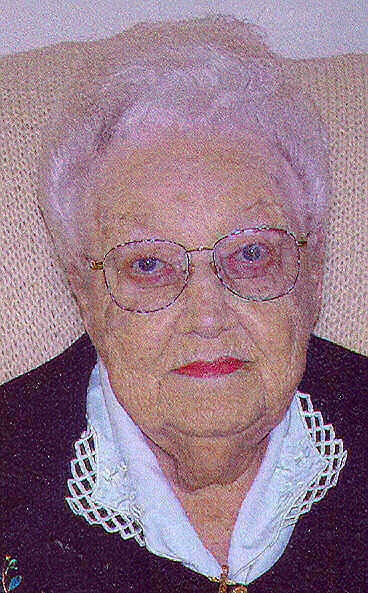 Marie T. Stern, 88, of Menasha, passed away on Monday, January 17, 2011 with her family at her side. She was born on April 27, 1922 in Ultenoythe, Germany, the daughter of the late Hermann and Maria (Von Uchtrop) Tameling. On June 27, 1944, Marie married Bernard Stern in Sayner, Wisconsin and the couple enjoyed 60 loving years together. They owned and operated Rhinelander Decorating in Rhinelander and retired in 1980 when they moved to Sayner. Bernie and Marie moved to the Fox Valley in 1997 to be closer to their children. They were regular attending members of St. Mary Catholic Church in Greenville and their spiritual life was important to them. Marie enjoyed spending time outdoors watching wildlife, hunting, fishing, bird-watching and tending to her flowers. She looked forward to going for a ride and traveling with family.

The funeral liturgy for Marie will be held at 10:30 am on Saturday, January 22, 2011 at ST. JOSEPH CATHOLIC CHURCH, 410 W. Lawrence Street, Appleton. Father Jim Leary, OFM. CAP will be officiating. Burial will take place at Town of Plum Lake Cemetery in Sayner, Wisconsin. A visitation will be held at the funeral home on Friday from 5:00 pm until 8:00 pm and again at the church on Saturday from 9:30 am until the time of mass. They prayer service will take place at 7:00 pm on Friday. A memorial fund has been established in her name.

To order memorial trees or send flowers to the family in memory of Marie T. Stern, please visit our flower store.