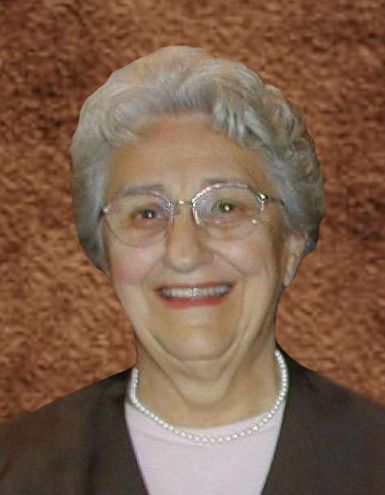 Marie L. Vandenberg born Marie Loretta Langenberg at the family home in Appleton WI. on
May 6th 1928. Daughter of Marie B. (Ulrich) & Joseph B. Langenberg.

She traveled through Europe and especially enjoyed Switzerland and Germany. After attending school in Appleton, she graduated from Lawrence University & continued on at University of Michigan – Ann Arbor. She went on to practice Architecture in the Appleton, Neenah, Oshkosh & Ann Arbor, Mi. On July 15th, 1964 she married Robert C. Vandenberg at St. Patrick's Catholic Church in Menasha WI.

Earlier in her life she learned and loved the game of Tennis. Later, she enjoyed playing bridge, being involved in the Town of Kaukauna Historical Society. She also enjoyed her obsession of yarn, after learning to knit at the age of 7 from Louise Grignon. Above all she cherished her 5 grandchildren dearly.

In lieu of flowers, a donation to Big Brothers Big Sisters is appreciated.

The visitation will be held Friday May 5th from 6-8pm and Saturday May 6th from 10-11:30 with a service to follow at Wichmann Funeral home 537 North Superior Street Appleton WI 54911

To order memorial trees or send flowers to the family in memory of Marie L Vandenberg, please visit our flower store.