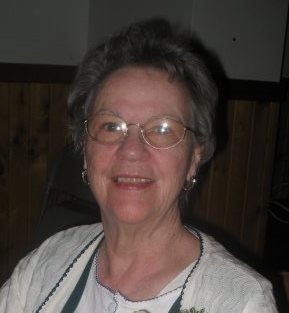 Maria Carmen Hill (nee “Rosalia” Carmen Bernal Sanchez), Menasha, Wisconsin, wife, mother, grandmother and talented artist, peacefully entered Heaven's gates on Sunday, November 3rd, 2013. Maria was born in Cordoba, Spain on June 11, 1937 during the Spanish Civil War. Her riveting childhood stories told to her children in later years revealed the suffering of the Spanish citizens during this time, and taught that hope, humor, creativity and family unity could overcome almost any circumstances. The love and life lessons she continuously shared with her family became strong guidepoints that serve to this day.

Maria came to the United States in 1961 after meeting and marrying William E. Hill, Staff Sergeant in the US Air Force stationed at Torrejon Air Force base in Madrid, Spain. Maria was an amazing multi-talented artist. During the 60's, her work as a professional seamstress of high fashion couture was sought by brides, designers, patrons of high society, and even a member of the British royal family. She later sewed for Cherry Starr, wife of Green Bay Packer legend Bart Starr, the Town of Menasha Police Dept and even created skating costumes for Gold Medal Olympian Peggy Fleming during the 1968 Winter Olympics. Maria handmade exquisite true Spanish laces, embroidery, and also was an accomplished painter. Her talents knew no boundaries. Maria could take a wrist watch completely apart and put it back together so it ran better than it ever had before, make stained glass art pieces, refinish furniture, and find a creative solution to fix anything. Her cooking was on par with any talented professional chef, specializing in the true authentic Mediterranean dishes of Spain. She had a beautiful voice, and when her children were growing up, their home was frequently filled with beautiful Spanish ballads. In later years, she enrolled as a student at the FVTC, attending ESL, earned her Associates Degree and even authored and illustrated a children's book, “Use Your Imagination.”

Maria is survived by a very large and loving family, her devoted husband of 55 years, William E. Hill, son Joaquin (Natalia) Hill, daughter Christine (Huntz) Schad, 10 beloved grandchildren: Jeremey, Christopher, Melissa, Paul, Pamela, Diana, Daniel, Gina, Samuel & little Joaquin, 15 great-grandchildren and many nieces and nephews. Maria is further survived by her brother & sister in law Laurie Keith & Betsy Hill. Maria was predeceased by her son William Keith Hill, her parents Joaquina Sanchez Barrio and Angel Bernal Sanchez, her brothers Julio, Juan & Luis, sisters Teresa and Amadora. Her family was blessed beyond description to be loved by her. Maria had an unwavering faith in God; we are comforted by knowing she is at peace with our Savior.
The family will receive friends on Thursday, November 7th, 2013 from 3:00 – 6:00 PM at Wichman Funeral Home, Tri County Chapel, 1592 Oneida St., Menasha, WI 54952. A funeral service celebrating her life will be held directly after, at 6:30 p.m.

To order memorial trees or send flowers to the family in memory of Maria Carmen Hill, please visit our flower store.