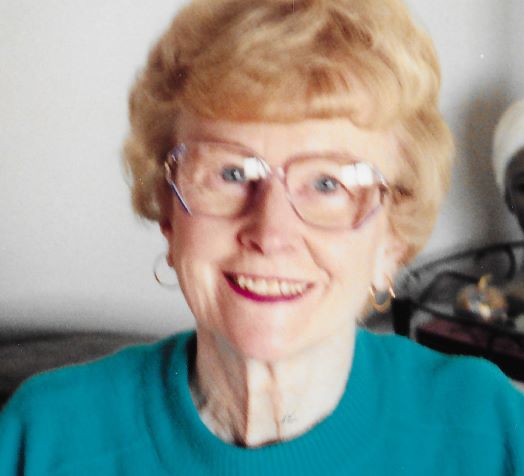 Marge Schiebel, 91, of Appleton, wife, mother, grandmother, great-grandmother, community volunteer, passed away on Wednesday, March 24, 2021, of natural causes. Marge was born in Green Bay on September 2, 1929. She was the daughter of Timothy and Mae (Matzke) Berceau. Marge grew up in what today would be called a blended family in Green Bay’s northside Belgian community where her father ran a small but successful grocery store. Her mother died when she was just under three years old. Her father (with seven children) married Minolia Zenz, a recently widowed mother of four. Minolia was a loving mother to Marge for the rest of her life. This union bore another five children, increasing the household to an impressive eighteen.

Marge married Glenn Schiebel at St. Peter and Paul Catholic church in Green Bay on July 4, 1953. They were married for nearly sixty years until Glenn’s passing in 2012. They raised five loving children, starting married life in Green Bay and then residing in the Kimberly and Appleton area since 1963. Marge’s family, husband, children and grandchildren were always her first priority.

She began her adult life working at WBAY Radio (now WTAQ) in Green Bay until her marriage to Glenn, becoming a full-time mother and homemaker. After all of the children were of school age, Marge began a long career at AAL (Thrivent) in Appleton where she excelled in leadership positions until her retirement in 1991. Marge loved working with and assisting people in any way she could, and continued to do so in retirement through volunteering her time in a variety of ways, including tutoring children in reading at Janssen Elementary School in Combined Locks, helping in the office of the Fox Valley Literacy Council for many years, the COTS program, St. Joe’s Food Pantry, as well as working in numerous capacities at St. Paul’s Catholic Church in Combined Locks.

Marge’s years of service were recognized in 2000 when she was the recipient of the Volunteer of the Year Award presented by the Appleton Volunteer Center’s Retired and Senior Volunteer Program. The Daniel P. Spalding Volunteer Educator Award in 2000 was presented to her for her pioneering work in establishing the volunteer reading tutorial program at the Kimberly School District. In her spare time Marge loved gardening, reading, crafting, and spending time with her family.

Marge will be remembered forever as just about the sweetest soul any of us has ever known. Many thanks to the dedicated staff of the Heritage Woods home where Marge spent her final years. She was very dear to them, and much loved by all of her family and friends.

The funeral liturgy will be 11:00 a.m. Friday July 9, 2021 at ST. PAUL CATHOLIC CHURCH, 410 E. Wallace St., Combined Locks, with Fr. Don Zuleger officiating. Friends will be received at the church on Friday from 9:30 a.m. until the time of the service. A private family burial will be in Allouez Catholic Cemetery, Allouez.

While flowers are welcome, the family asks that any monetary contributions be sent to the Fox Valley COTS Program or the Fox Valley Literacy Council in Marge’s honor.

To order memorial trees or send flowers to the family in memory of Marge A. Schiebel, please visit our flower store.