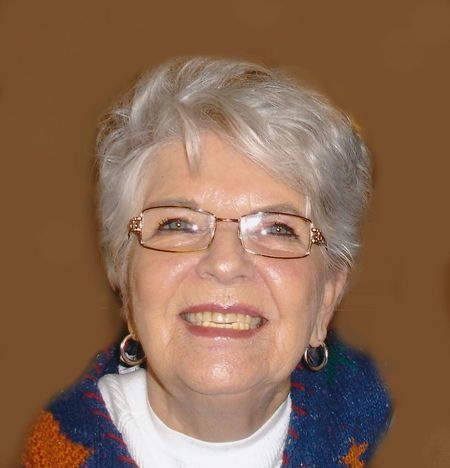 Margaret Keideth, age 80, of Appleton, passed away peacefully with her family at her side on Saturday, December 28, 2013 at Peabody Manor. She was born on January 20, 1933, in Milwaukee, the daughter of the late Louis and Bernadette (Murtaugh) Kiehm. On January 2, 1960, Margaret married the love of her life, Arthur A. Keideth at St. Philip Neri Catholic Church in Milwaukee. Many knew Margaret as the “Shopko lady” in Green Bay and Appleton, where she retired after many years of employment. She then assisted her son-in-law part-time at Grand Chute Auto. Margaret was devoted to her family and her children, grandchildren and friends; they meant the world to her. She looked forward to the trips to Door County with her friends. Margaret had a strong faith and was a devout Catholic. She was a kind and generous lady, and was always thinking of others.
Margaret will be deeply missed by her children: Elizabeth (Victor) Miranda, Anne (Wayne) Van Asten, Joseph (Cecilia) Keideth, Patricia Keideth-Ivy and John (Jodi) Keideth; grandchildren: Riley (Brooke) Walker, Miles Walker and Danielle Miranda; Angela (Brian) Veik, Katie (fiancé Craig Gretzinger) Van Asten and Matthew Van Asten; Chloe Keideth; Makayla, Mackenzie and Morgan Ivy; Cameron Keideth; five great grandchildren: Harlow, Korbin, Anna, Ella and Grayson; and her brother, Thomas (Fern) Kiehm. She is further survived by her nieces, nephews, other relatives and lots of friends. Margaret was preceded in death by her husband, Arthur Keideth and her brothers and sister, Joseph, Louis and Mary Kiehm.
The funeral liturgy for Margaret will be held at 11:00 am on Tuesday, December 31, 2013 at ST. THERESE CATHOLIC CHURCH, 213 E. Wisconsin Avenue in Appleton. Fr. William Hoffman will be officiating. A time of visitation will be held at the church from 9:30 am until the time of mass. In lieu of flowers, memorials to Peabody Manor are appreciated. Online condolences can be offered at www.wichmannfargo.com.
The family would like to thank the staff at the Woods and Birch in Peabody Manor for the love and care shown to our mother and us. Also, Dr. Kelli Heindel for the excellent care provided to Margaret.

To order memorial trees or send flowers to the family in memory of Margaret Mary Keideth, please visit our flower store.