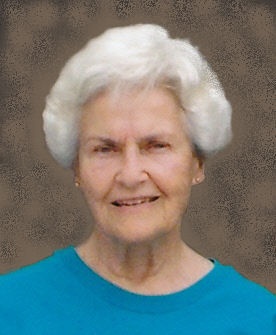 Margaret G. Ryan, age 95, of Appleton, WI, died peacefully on March 22, 2013, with family at her bedside. She was born December 5, 1917 in Beach, North Dakota, into the family of Richard F. and Lillian (Brownfield) Gallagher. The family moved to Mandan, ND, where Tudy, her sisters and brother grew up. As a young woman, she moved to Chicago with her sister. There she met and married her husband, Joseph F. Ryan. The two were married on August 26, 1939 in Chicago. After her first two children were born, her husband Joe volunteered for World War II. Tudy took their children back to Mandan, where they lived for the duration of the war. Following World War II, Margaret and Joe moved to Neenah, where they raised their family, including the three children born in Neenah.

Tudy spent her entire adult life caring for her family members, especially those who needed her the most. Her husband was one of the first in the country to be on kidney dialysis, which was experimental at the time. Tudy and her youngest son performed dialysis at home for several years, before a machine came to Madison. She then drove her husband twice a week, rain, snow or shine, to Madison and back for dialysis. He preceded her in death in April 1982. Her daughter Susan then developed health problems, and over the years Tudy cared for her until Sue died in April 2011. Tudy was a strong protector of those in need, and a true inspiration for us all.

In addition to her care giving, Tudy enjoyed life. She and her sisters, the “Gallagher girls,” along with their brother, loved gathering together, especially for their mother's birthday each year in Mandan. She enjoyed playing bridge and socializing with friends at North Shore.

Margaret was a woman of deep faith. For years she was a member of St. Patrick's in Menasha, and has been a member of St. Bernard Parish since moving to Appleton over 30 years ago.

She was preceded in death by her parents, her husband Joseph, her daughter Susan, her sisters Kitty Wolfe, Katherine Eckroth, and Ruth Guthrie; her brother Dick Gallagher, and many of her friends.

The Funeral Mass will be celebrated on Monday, April 1, 2013 at 11:00 AM at St. Bernard Catholic Church, 1617 W. Pine Street, Appleton. Her grandson, Father Tom Long, and Father Dennis Ryan will officiate. Visitation will be at church from 9:00 AM until the time of the funeral. Burial will be in St. Margaret Cemetery, Neenah. Online condolences can be offered at www.wichmannfargo.com. In lieu of flowers, a memorial is being established in Margaret's name.

To the outstanding staff at the Manor in Brewster Village: “Thank you from the bottom of my heart. Your care and your love are unequaled.” — Kathy

To order memorial trees or send flowers to the family in memory of Margaret G. "Tudy" Ryan, please visit our flower store.