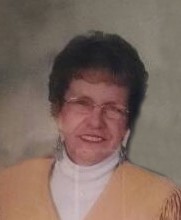 Marcia “Marge” Bongean, 71, passed away peacefully at her home on Monday, March 3, 2014 surrounded by her family. Marge was born on August 29, 1942 to George and Lorain (Schwendler) Simon and after her mother passed away she was adopted by her Aunt Alice and Henry Daurmont. On November 17, 1962 she was united in marriage to her best friend and soulmate, Jerry Bongean in West DePere. Marge retired from the Fox Cities Chamber of Commerce and Industry after 25 years as office manager. She enjoyed numerous road trips out west with Jerry, the Packers, the Brewers, NASCAR, tennis tournaments, knitting, reading and trips to the casino. Marge's family was very important to her and the time they spent together will always be cherished.

Marge is survived by a daughter: Brenda (Mike) Hoeper of Kimberly; a son: Nick (Lisa) Bongean of Menasha; three grandchildren: Jerry Calkins and his special friend Kim of Kimberly; and twins Katie Calkins of Kimberly and Cayla (Bradley) Eckelbarger of Tucson, Arizona; two step-grandchildren: Luke Neubauer of Menasha, and Jake (Lauren) Neubauer of Darboy; three great-grandchildren: Isabella of Kimberly, and Austin and Autumn, both of Tucson; a sister: Mary Peters of Menasha; a brother-in-law: Rodney (Grace) Bonjean of Fredonia; two sisters-in-law: Debbie Atkinson of Kewaunee and Eunice “Tootie” Desotell of Green Bay;, nieces, nephews, as well as her wonderful neighbors and many friends. Marge was preceded in death by her husband Jerry, her parents, her in-laws, a son Gerald Leon, a daughter Edestine Alice, a step grandson, Lance VanGroll, a brother-in-law Karl Peters, Sr. and a sister-in-law Dorothy (Lee) Nockerts.

The funeral liturgy for Marge will be held at 12:00 PM on Friday, March 7, 2014 at HOLY SPIRIT PARISH, 600 E. Kimberly Avenue in Kimberly, with Fr. Robert Kollath officiating. Interment will be in the parish cemetery. Friends may call directly at the church on Friday from 10:00 AM until the time of the mass. In lieu of flowers, a memorial fund is being established. Online condolences may be offered at www.wichmannfargo.com.

The family would like to thank the many doctors and nurses for their care and compassion shown to Marge in her time of need. A special thank you also to Theda Care At Home, and all of the hospice nurses. We will always remember your kindness.

Whatever we were to each other, we still are. Why should I be out of your mind because I am out of your sight? I am but waiting for you, somewhere very near, just around the corner. I have only slipped away into the next room. Someday all will be as it was before, only better. We will be one, together forever.

To order memorial trees or send flowers to the family in memory of Marcia "Marge" Bongean, please visit our flower store.