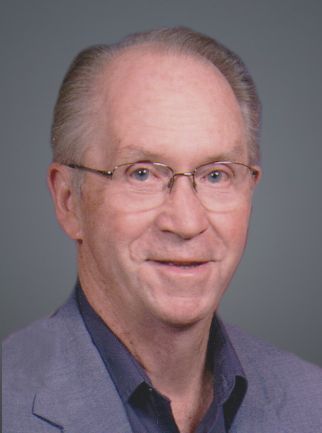 Louis Martin, age 82 of Kimberly, passed away Wednesday evening, December 14, 2016 at his home, following a short battle with cancer. Louis was born at St. Mary's Hospital in Wausau on January 3, 1934, son of the late Ludwig and Margaret (Beattie) Martin. He grew up in Marathon, Wisconsin, and after high school, Louis served in the United States Army, and following his discharged, returned to Wausau where he received a degree from Northcentral Technical College. On May 30, 1958, he married Grace Austin at St. Patrick Church in Halder, Wisconsin. Louis spent his entire career as a mainframe and customer engineer for IBM, based out of Green Bay. Louis loved to read, learn about new things, travel, spend time on the water in his boat, gardening, and spending time outdoors. He could fix literally anything, and was always first on the scene when anyone needed help of any kind. Louis was a well-read guy who loved to debate a point with anyone willing to debate it with him.

He is survived by his wife: Grace Martin of Kimberly; four children: Alan (Laurie) Martin of Appleton; Christopher (Jennifer) Martin of Fremont; Kathleen (John) Bellotti of Kaukauna; and Steven (Kelli) Martin of West Salem. His grandchildren are Leah and Elizabeth Martin, Autumn Martin, Cady Miller, Hunter Tuchscherer, Alexis, Talia, and John Bellotti, and Rachael, Sydney, and Evelyn Martin. His brothers and sisters are Edward (Joanne) Martin of Williamsburg, Virginia, Lenore (Owen) Brady of West Bend, Joan (LaVern) Stencil of Marathon, James (Donna) Martin of Stevens Point, and Charles (Anita) Martin. He is also survived by many nieces, nephews, in-laws, other relatives and many friends. Louis was preceded in death by his parents, and by his step-mother Rose Martin.

The funeral liturgy for Louis will be held at 12:00 Noon on Tuesday, December 20, 2016, at HOLY SPIRIT PARISH, 600 E. Kimberly Avenue in Kimberly, with Fr. Bob Kollath officiating. Inurnment will be in the parish cemetery in the spring. Family and friends are invited to gather at the church on Tuesday morning from 10:00 AM until the time of the service. For more information or to share a memory of Louis, please visit www.wichmannfargo.com.

The family would like to offer their sincere thanks to the doctors and staff at Theda Care Cancer Center for taking care of Louis, and for treating him like a person first and a patient second.

“Argue, argue early and late; if a line were crooked, he'd argue it straight!”

To order memorial trees or send flowers to the family in memory of Louis L. Martin, please visit our flower store.