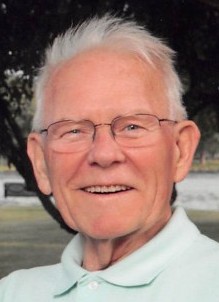 Louis H. Bruss, Jr., passed away peacefully in his sleep on July 15th, 2019 at his Kimberly, Wis., home at the age of 76. He was born on March 18th, 1943 at Shawano, Wis.; the son of Louis H., Sr., and Alice J. (Knoke) Bruss. He graduated from Shawano High School in 1961 and earned a degree from the Fox Valley Extension Center of the University of Wisconsin (now the University of Wisconsin – Fox Valley).

He married Hazel A. Weideman on July 20th, 1963 at Shawano, Wis. They moved from Wisconsin Rapids, Wis., to the Town of Greenville, Outagamie Co., Wis. in 1965; ultimately settling in Menasha, Wis., in 1972. They had recently moved to Kimberly, Wis.

When he married, Louis worked for the highway department at Wisconsin Rapids, Wis. One of the projects he fondly recalled was helping to build I-90 through Monroe County, Wis., which bisects Fort McCoy. After they moved to the Fox Valley, he worked in the paper industry for most of his life, including the Bergstrom Paper Company, Marathon Engineers, the Harris Group, and Valmet. He retired from Azco, Inc., earlier this year.

Louis was a good man. A loving husband and doting father and grandfather, he worked hard all of his life to provide and care for his family.

A devout Catholic and an inaugural parishioner of St. Bernard Catholic Church, Appleton, Wis. He was very active in the church, including volunteering to lead religion classes for many years.

Louis had many pursuits. An avid shutterbug, he belonged to the Fox Valley Camera Club, and loved to photograph wildlife, landscapes, historic architecture, and his family. He loved to ride his bicycle, often in the pursuit of photographs. He also enjoyed nature walks, researching family history, telling anecdotes of his youth, manning the grill for the family, traveling, and tinkering in the garage.

Louis was proud to have been named a Noble Patron of Armor by the U.S. Armor Association, for his active support of the Family Readiness Group of the Wisconsin National Guard’s Troop B, 1ST Squadron, 105TH Cavalry, during their deployment in support of Operation Iraqi Freedom in 2009-10.

Louis was preceded in death by his father, Louis, Sr. and parents-in-law, Henry and Margaret Weideman and siblings-in-law Joanne and Gilbert Kunze.

A Funeral Mass will be celebrated for Louis at 11 AM on Friday, July 19, 2019 at St. Bernard Catholic Church, 1617 W. Pine St., Appleton, by Rev. Jude Egbuna. Family and friends my visit at the church from 9 AM until the time of mass. Inurnment will be in Riverside Cemetery at a later date.

“Our lives go on without you, but nothing is the same. We have to hide our heartache when someone speaks your name. Sad are the hearts that love you, silent are the tears that fall. Living without you is the hardest part of all. You did so many things for us, your heart was so kind and true. When we needed someone we could always count on you. The special years we will remember when we are all together. With the love in our hearts, you walk with us forever.” –Author Unknown

To order memorial trees or send flowers to the family in memory of Louis H. Bruss, please visit our flower store.