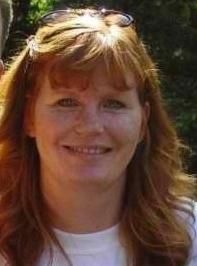 After nearly seven years of waging an inspirational and fearless fight against cancer, Lori A. Geenen, age 45, of Kaukauna, passed away peacefully on Saturday, December 1, 2012 at home with her family by her side. She was born on December 2, 1966, in Kenosha, the daughter of Jerry and Elizabeth (Gray) Christenson. On November 3, 1989, Lori married Timothy Geenen at Holy Cross Catholic Church in Kaukauna. She was a graduate of UW ‚Äì Milwaukee and for most of her life worked as a gifted occupational therapist. But love and loyalty to her family and friends have always been her first priority. She never missed an event or activity her children were involved in, and cherished the time spent with her grandson Carter who never failed to bring a smile to her face. Lori always put others needs ahead of her own.

Lori never once complained or let her disease intrude on her lovely spirit. Her strength, courage and selflessness made her a rock to her family; and her unyielding love and loyalty for them will never be forgotten. Her fighting spirit and participation in a number of organizations working to conquer cancer made her a champion and role model for others facing her same challenge. Lori, a huge Harry Potter fan would want everyone to remember: “Happiness can be found in the darkest of times, if one only remembers to turn on the light.”

The funeral liturgy for Lori will be held at 4:30 pm on Wednesday, December 5, 2012 at Holy Cross Catholic Church, 309 Desnoyer Street, Kaukauna. Fr. Tom Pomeroy will be officiating. The family will receive relatives and friends on Wednesday at the church from 2:30 pm until the time of mass. In lieu of flowers, a memorial fund has been established in her name. Online condolences can be expressed at www.wichmannfargo.com.

The family would like to extend their gratitude to the staff at Martha Siekman Cancer Society, Pink Party, Rock Cancer and the Spierings Cancer Foundation. Also, a special thank you to Lisa Hartjes from Heartland Hospice for your compassion and care.

To order memorial trees or send flowers to the family in memory of Lori A. Geenen, please visit our flower store.