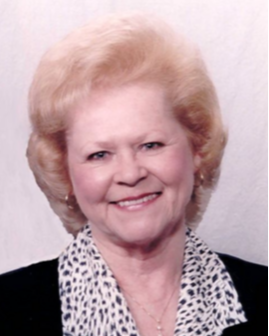 The passing of a Christian should always be celebrated because that means they finished the work the Lord sent them to this earth to accomplish.  Such is the case of our loving mother, sister, and friend – Lillian Court, who received her crown of glory on Monday, December 12, 2022, at the wise age of 82.  She was the firstborn child to Curt and Gladys Jansen on July 6, 1940.  Lil must have been pretty special because her parents added ten more sisters and two brothers. Some of her fondest memories were of when from her father came home from working at the mill, she would wait until she could see him walking toward her. He’d lift her up and swing her around. At a very tender age, Lil learned quickly how to help mom with all the chores.

The family was not rich monetarily, but in love for one another.  Lil set the standard for her siblings.  Everyone learned how to pitch in and help.  The Jansen family attended Trinity Lutheran Church in Kaukauna.  Even though she later became a member of Mount Olive in Appleton, she always said Trinity was her heart.  Lil attended Kaukauna High School and was chosen as Prom Queen.  She met the love of her life, Edward Court, and they married on November 25, 1958.  Together they produced two beautiful daughters: Susan Court Peters and Debra Court Schmitz.  Lil’s pride and joy were her grandsons, Jordan Peters, Bobby (Felicia) Schmitz, and Eddie Schmitz.

Lil took pride as a woman, to work among many men as the business secretary for Plumbers and Steamfitters Local Union #400.  One gentleman stood out as her mentor, Rollie Choudoir. She was the first woman to be inducted into their Hall of Fame.  Lil loved all the members of this union – just like her own family.  She was proud of her company and those she worked with.

Lil had many talents, but her best was playing her treasured grand piano.  She was a dedicated sister, wife, mother, grandmother, and a loyal friend to all who knew her.  Before her passing, she had many fond memories of her life with Ed and her family. She will always be remembered as the Matriarch of her siblings and perhaps best as having an incredible memory and love for her family.

Lil understood and accepted that her time was near.  She was reassured by the promise of Jesus – he that believeth and is baptized will be saved.  Lil understand that heaven is our final resting home and she would be reunited with Ed, her parents and siblings that went on before her.

Lil will be deeply missed by everyone who knew her, especially her immediate family. Special thanks to hospice for their guidance, care, and concern. On December 12 she was lifted up on eagles' wings to heaven, all the angels blew their trumpets and sang songs of thanksgiving because another soul was received! There she resides forever in eternity. Jesus has greeted her with open arms, no more sorrow, no more pain, only peace, love, and tranquility.

Lil was always known for telling her family "I love you more".  She is a treasure, and now that she is gone it is we who "Love her more".

The Christian Funeral Service for our precious Lil will be held at 11:00 AM on Friday, December 16, 2022 at her beloved church Mount Olive.  The visitation will be held directly at the church on Friday from 9:00 AM until the time of the service at 11:00 AM.  Rev. Robert Raasch will officiate and she will be placed to rest along with her husband Ed at Highland Memorial Park at 1:30 PM.

To order memorial trees or send flowers to the family in memory of Lillian E. Court, please visit our flower store.