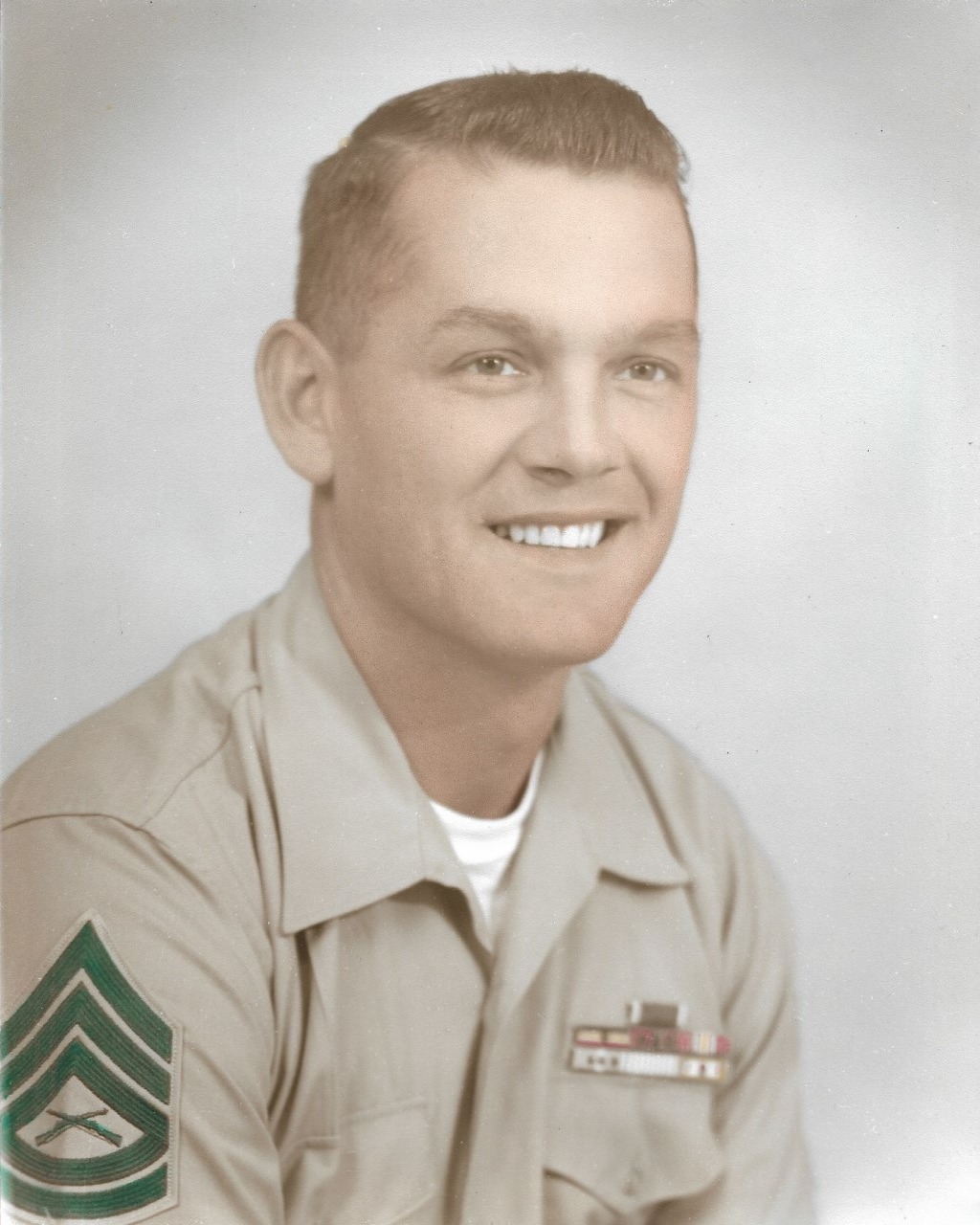 Heaven has opened its gates and welcomed another angel. On Friday, December 16, 2022, LeRoy Edward Schuff slipped from this world and into the arms of his Savior, Jesus Christ.

Lee Schuff, age 90, of Neenah, Wisconsin, passed away peacefully at home, surrounded by his loving wife and family.

Lee was born February 3, 1932, in Oshkosh, WI, son of Henry and Margaret (Hannes) Schuff.  Lee graduated from Oshkosh High School with the Class of 1949 and enlisted in the United States Marine Corps in February of 1950.  After completing boot camp, Lee was sent to Korea where he was a 50-caliber machine gunner and part of the first wave of the Inchon Landing on September 15, 1950.  Nine days later he was wounded through both legs north of Seoul.  He spent six months recuperating in Japan and returned to Korea to rejoin his company of brothers.

Lee returned to the United States and on April 19, 1952, he married his love, Darline Boettcher at the Evangelical and Reformed Church in Brillion.  In January, 1953 they welcomed their first child, Sherry, at the Great Lakes Naval Training Center.  Two years later, they welcomed their first son, Scott, at the same training center.  For the next ten years, Lee advanced through the ranks of the Marine Corps and its electronics school, eventually becoming an instructor.  He and his family transferred regularly between Redstone Arsenal in Huntsville, Alabama and Twentynine Palms Marine Corps base in California, with Lee continually advancing his electronics skills.

In August, 1965, Lee returned to combat duty in Vietnam, where he served as a HAWK Missile System Maintenance Supervisor.  In January, 1966, he was sent to Okinawa for a health evaluation, at which point the Marine Corps shipped him back to the United States.  Nearing military retirement age, but not wanting to miss any more time with his children, Lee was honorably discharged from the Marines.  He enrolled as a student at Stout State University where he pursued an undergraduate degree in Industrial Education and a master’s degree in Audio-Visual Communications, completing both in just three years.  While in college, his third child, Sean, was born.

After graduating from college, Lee worked at Fox Valley Technical College in Appleton as the Media Center Manager.  He spent 15 years in the role, building and managing a production-level television studio and multimedia facility.  Lee always liked to joke that “he couldn’t hold down a job” and spent his last ten years before retirement working in the Global Training Support Group at Kimberly-Clark Corporation in Neenah.  He traveled the globe, including trips back to Korea, in support of training initiatives at various KC facilities.

In retirement, Lee spent time traveling with his lifelong love, Dar, visiting numerous countries and continents.  He also continued his lifelong service to country as a member of Disabled American Veterans, as the Wisconsin State Commander of the Military Order of the Purple Heart, and as a member of the board of directors of the Military Veterans Museum in Oshkosh, the Wisconsin Veterans Museum in Madison, and the Wisconsin Veteran’s Home at King.  Lee was a proud family man and enjoyed watching his legacy grow with the addition of seven grandchildren and three great-grandchildren.

A funeral celebration of Lee’s life will take place on Thursday, December 22nd at the Congregational United Church of Christ at 1511 Nicolet Blvd., Neenah.  Visitation will take place from 9:30am to 11:00am, with the funeral service to follow.

We take comfort in Paul’s words to the Thessalonians “For we believe that Jesus died and rose again, and so we believe that God will bring with Jesus those who have fallen asleep in him.”  Praise be to God.

To order memorial trees or send flowers to the family in memory of LeRoy Edward Schuff, please visit our flower store.