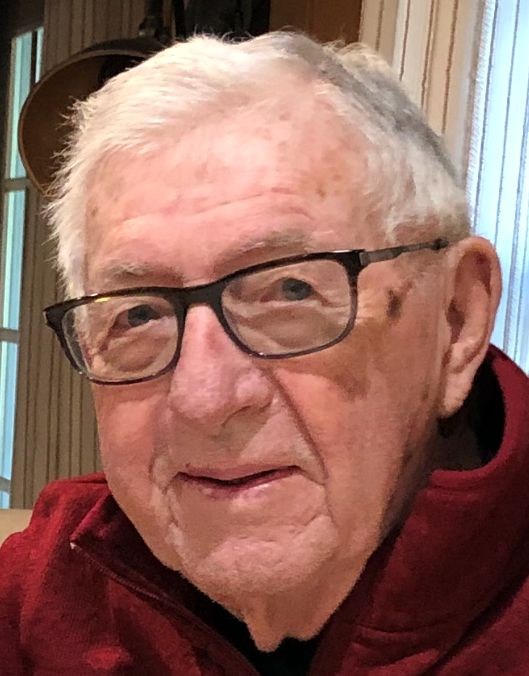 Leonard G. Hanstedt, age 97, of Appleton, passed away peacefully with family by his side on February 28, 2022. Len was born on November 21, 1924, son of the late Leonard and Orpha (Ole) Hanstedt. He was a proud graduate of Appleton High School, class of 1942. Following graduation Len joined the Army. He was a proud World War II veteran: earning four Bronze Stars and a Purple Heart in Europe. In 1950, Len was joined in marriage to Joyce Coley at the First Congregational United Church of Christ. Len and Joyce spent 63 loving years together, raising five wonderful children.

Len spent his career as an auto body worker, the small business owner of Len’s Body Shop. He was gifted with a beautiful tenor voice and was a life member of the MacDowell Male Chorus as well as the church choir. Len’s many interests included golfing, bowling, and playing cards, and was an enthusiastic fan and supporter of local sports teams. He also loved to read and enjoyed jigsaw puzzles. Len and Joyce volunteered in many ways at church and in the community such as Habitat for Humanity builds locally and in Biloxi, MS, at the Performing Arts Center, and at the Edison Elementary School. Their volunteer efforts culminated in being named Fox Cities Volunteer of the Year.

Len is preceded in death by his loving wife Joyce, son Tom Hanstedt, his parents, and siblings Al Hanstedt and Lois Bressers.

Private family services will be held at a later date.

The Hanstedt family would like to thank the ThedaCare Hospice for their care and support.

To order memorial trees or send flowers to the family in memory of Leonard G. "Len" Hanstedt, please visit our flower store.