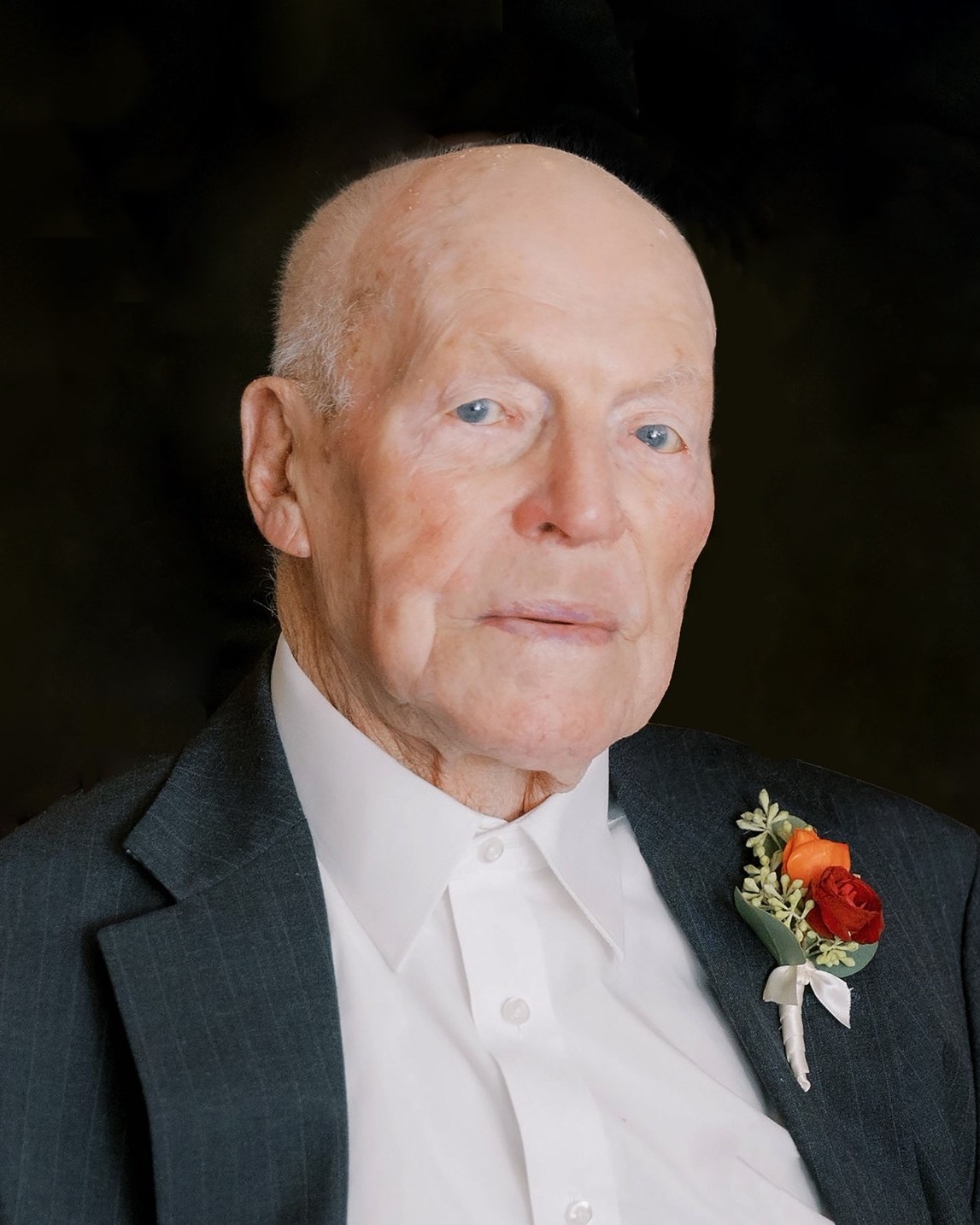 Leon “Lee” Edward Casey, age 97 of Appleton, WI joined his heavenly Father on December 24, 2022.  He was born to Clarence and Irene (Hoier) Casey on August 11, 1925 in Ellington, WI.  Lee graduated from Union Free High School, Shiocton, WI with the class of ’43.  He enlisted in the Navy during World War II and served on the USS Wichita in the Pacific fleet.  Lee was honorably discharged as a Seaman First Class, earning several ribbons of recognition.  He was also invited as an honored veteran on the 2010 Old Glory Honor Flight to Washington D.C.  Lee met the love of his life and married Georgiana “Georgie” Schommer in February of 1950 and together, they raised 9 wonderful children.  Lee was a  journeyman carpenter and a proud union member of Carpenters Local 955 for 71 years, changing the landscape of the Fox Valley and surrounding area with several contractors, but working mostly for Boldt and Miron Construction companies. Lee's skills moved him up the ranks to Job Foreman and Superintendent where over the years he shared his knowledge with many young carpenters and construction workers.

Lee was a talented builder.  In fact, as a young man, he designed his own house, drew up the blueprints, and built it from the ground up.  Lee could fix anything broken – so much so that he earned the title “the Leonizer”.  Lee and Georgie had a passion for gardening.  For decades, they tended a large vegetable garden with the help of their children and taught them the value of working together.  He also enjoyed bowling, wine-making, hunting, and fishing during his free time.  Faith was a very important aspect of Lee’s life.  He was a founding member of St. Pius X Parish and a devoted church attendee for his whole life.  Lee volunteered for the Veterans Affairs and the Disabled American Veterans transportation system, driving veterans to and from Madison, Milwaukee, and anywhere else they needed to go.  More than anything, though, Lee was a family man, a proud father, grandfather, and great-grandfather to a big, beloved family, including his adored companion and best dog, Barney.

Lee’s family would like to extend a special thanks to Dr. Stephen Fuller and Nurse Lacey of Primary Care Associates, the staff at Thedacare At Home Hospice, especially Nurse Amber, and The Renaissance, especially Kelly Davies and her staff for all their care and compassion shown to Lee.  We are also grateful to Bob Hietpas for his friendship and assisting our father in his short stay there.

To order memorial trees or send flowers to the family in memory of Leon "Lee" E. Casey, please visit our flower store.