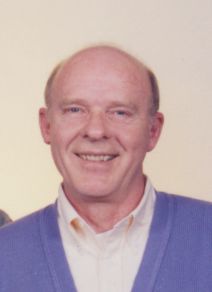 Leo E. Hughes 74 of Appleton passed away on January 4, 2017 at Cherry Meadows Hospice Facility. He was born on September 28, 1942 in Appleton, WI to the late Leo and Marjorie (Dorschner) Hughes. He served in the United States Army during the Vietnam War from December 1963 to December 1966. He married the love of his life Janet (Alstad) on May 8, 1965 at St. Therese Catholic Church in Appleton. He went to work at Kimberly Clark where he worked his way up from the bottom to a supervisor position. He worked there for 29 years before retiring. After retirement he had several part time jobs that he loved. He would put his heart and soul into everything that he did. Leo loved to be outside on his riding lawn mower and doing yard work, along with tinkering on old cars and fixing them up, traveling with Janet all over the United States but most of all spending time with his 10 grandchildren and his family.

Family would like to extend a special thank you to the entire staff at Cherry Meadows and to Patient Navigator Sara and Dr. Phillips at Fox Valley Hematology and Oncology.

A celebration of Life will be held on Saturday, January 14, 2017 at WICHMANN FUNERAL HOME 537 N Superior St. Appleton. Visitation will from 9:00 a.m. until time of service at 11:00 a.m. with military honors to follow.

To order memorial trees or send flowers to the family in memory of Leo E Hughes, please visit our flower store.