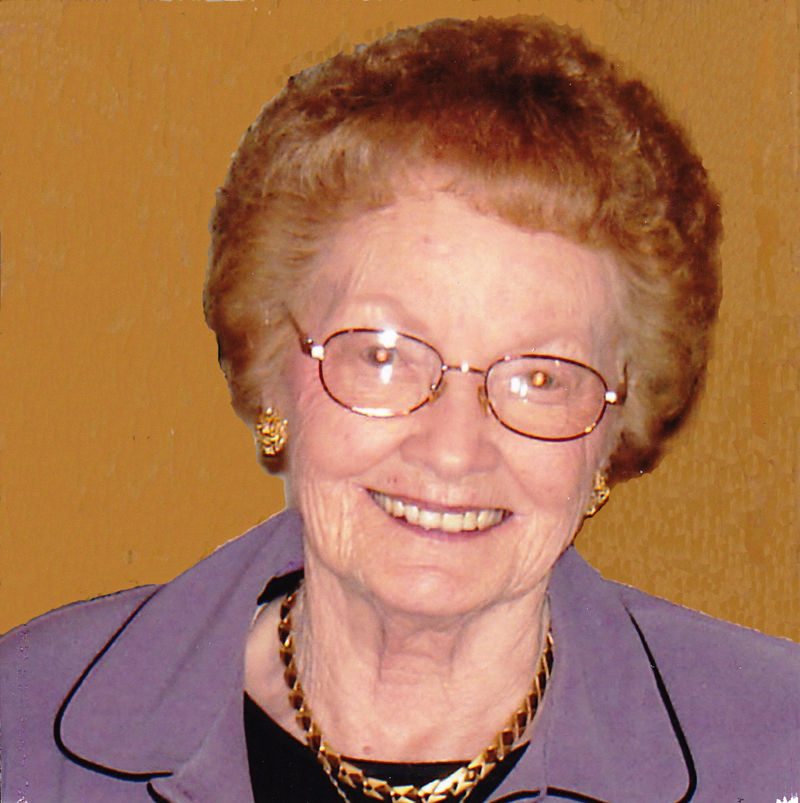 Lenore Ball of Kaukauna, 93, completed her journey on earth December 5th at Saint Paul Home. Born in Hilbert November 22, 1919, she was the daughter of the late Madge and Edward King. She graduated from Kaukauna High School in 1938 and was married to Dean Ball October 17, 1941. They had celebrated 61 years of marriage. Lenore was a great mother, sister and friend.

Lenore was employed as a cashier at the Rialto Theater. She later worked at Kaukauna Club Cheese, and King Variety Store.
She was an active member of Holy Cross Parish serving as Eucharistic Minister, a member of the Holy Cross Welcome Committee and of the Cursillo Movement. She lead the Parish Visitation Program visiting parish members in nursing homes. Lenore especially enjoyed being a Prayer Partner for children preparing to make their First Holy Communion. She served on the board of AARP Area Chapter 1834 and received, along with Dean, the AARP National Community Service Award.

Lenore enjoyed tending her flower gardens and passed this love on to her children. She liked to spend time with her many friends and her Irish humor brightened the day for people around her. . She was the spirited life-of-the-party at Canal Place apartments and understood the importance of doing something “just for fun” every day. She will be missed by many‚Ä¶ and welcomed by those who have gone before her.

The funeral liturgy for Lenore will be held on Monday, December 10, 2012 at HOLY CROSS CATHOLIC CHURCH, 309 Desnoyer St. at 11:00 AM with Fr Tom Pomeroy officiating. The funeral liturgy will include a memorial to her son Richard, who passed away on November 4, 2012 in Texas. Interment will be in the Holy Cross Cemetery. A time of visitation will be held on Monday from 9:30 AM until the time of the mass. Online Condolences may be expressed at www.wichmannfargo.com. A scholarship fund will be established for children attending Holy Cross School.

To order memorial trees or send flowers to the family in memory of Lenore Ball, please visit our flower store.