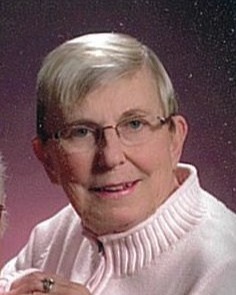 Lea graduated from Appleton West and moved to Colorado where she attended University of Colorado, Boulder.  It was there that she met the love of her life Charles “Chuck” Lorin Rundquist.  Lea and Chuck returned to Lea's hometown, Appleton where they were married on June 10, 1959.  In 1961 they established their home in Kimberly.

Lea was an amazing wife, sister, mother, and grandmother providing so much care and support for her family.  Throughout her life she enjoyed many different careers such as a flight attendant which we might have been told her was best adventure. She worked as an elementary school teacher, at K-mart, and Menards.  She became the first female member of the Kimberly Kiwanis in 1987 and extremely active member and leader.

Volunteering was her passion after the three boys were grown and she very much appreciated her time in any of the Theda Care facilities taking great care in support of the patients, the nursing staff, and doctors.  Also, she was very instrumental in her church, in service to the Lord and her community.  She was part of the original founding group of Christ the King Combined Locks, as they started this church in the gymnasium of Jansen Elementary School.  She continued by organizing the lunches after funerals, serving communion and started the King's Silver luncheon.  Then she continued her service at Christ the King Sherwood starting the King's Table luncheon for the parish.

Lea met many friends with making quilts for cancer patients or knitting hats for newborns.  Her and Chuck loved to have their gardening every year.  The Rundquist scholarship was established for the high school, and they provided thousands of dictionaries to Kimberly Area Elementary Schools

In lieu of flowers, the family asks that you donate to her memorial fund which will be forwarded on her behalf to Christ the King Sherwood.

To order memorial trees or send flowers to the family in memory of Lea A. Rundquist, please visit our flower store.