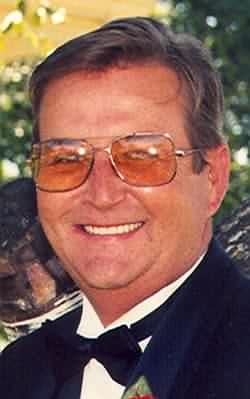 Age 56, passed away unexpectedly on Tuesday, July 20, 2004 at his home following a sudden heart attack. He was born February 28, 1948 in Green Bay, WI the son of Charles and Mary (Page) Kettner. After graduation from Appleton West High School, he served his country in the U.S. Army in the Viet Nam War in the 2nd Battalion 35th Infantry Regiment. In 1976 he married Marie (Owen) Hanshaw in Appleton at Faith Lutheran Church. He was employed as an automobile salesman for over 30 years; currently at Mueller Lincoln Mercury in Oshkosh.
He is survived by his wife Marie of Appleton, his children: Renee Guyant (special friend James Hazen) and their children Alison and Elizabeth Guyant and Paige Hazen all of Waupaca; Stacey (David) Elliott and their children Dylan and Stephanie all of Gurnee, Illinois; Donna (Scott) Roesler and their children Alexandria and Katelyn all of Menasha; Susan Kettner of New London; Chad (Angela) Hanshaw and their children Courtney Becher, Nicole and Dylan Hanshaw all of Menasha; and Shaun (Kristina) Kettner and their daughter Summer all of Havelock, North Carolina. Larry is also survived by his parents Charles and Mary (Page) Kettner of Appleton; his brothers and sisters: Ed (Carol) Kettner of Appleton; John (Kathy) Kettner of Bedford, New Hampshire; Bill (Pat) Kettner of Appleton, Helen (Bob) Kellnhauser of Danbury, Connecticut; Mary (Chuck) Cannistra of Wausau, Wisconsin; Ruth Kettner of Sherwood, Wisconsin; and Barb Hohnberger of Mayville, Wisconsin; several nieces, nephews, cousins, aunts, uncles, brothers-in-law and sisters-in-law and friends.
Funeral services will be conducted on Saturday, July 24, 2004 at 1:30 PM at Wichmann Funeral Home with the Rev. Paul Brinkman officiating. Interment will take place at a later date at the Veterans Cemetery at King, Wisconsin. Friends may call at the Wichmann Funeral Home on Saturday from 10:00 AM until the time of the service. In lieu of flowers, a memorial fund is being established.
Freedom is not free
I watched the flag pass by one day. It fluttered in the breeze.
A young Marine saluted it, and then he stood at ease.
I looked at him in uniform so young, so tall, so proud,
With hair cut square and eyes alert, He‚Äôd stand out in any crowd.
I thought how many men like him had fallen through the years.
How many died on foreign soil? How many mothers‚Äô tears?
How many pilot‚Äôs planes shot down? How many died at sea?
How many foxholes were soldier‚Äôs graves? No, freedom is not free.
I heard the sound of ‚ÄúTaps‚Äù one night, when everything was still.
I listened to the bugler play and felt a sudden chill.
I wondered just how many times that ‚ÄúTaps‚Äù had meant ‚ÄúAmen,‚Äù
When a flag had draped a coffin of a brother or a friend.
I thought of all the children, of the mothers and the wives,
Of fathers, sons, and husbands with interrupted lives.
I thought about a graveyard at the bottom of the sea,
Of unmarked graves in Arlington;. no, freedom is not free.
Cadet Major Kelly Strong

To order memorial trees or send flowers to the family in memory of Lawrence James Kettner, please visit our flower store.