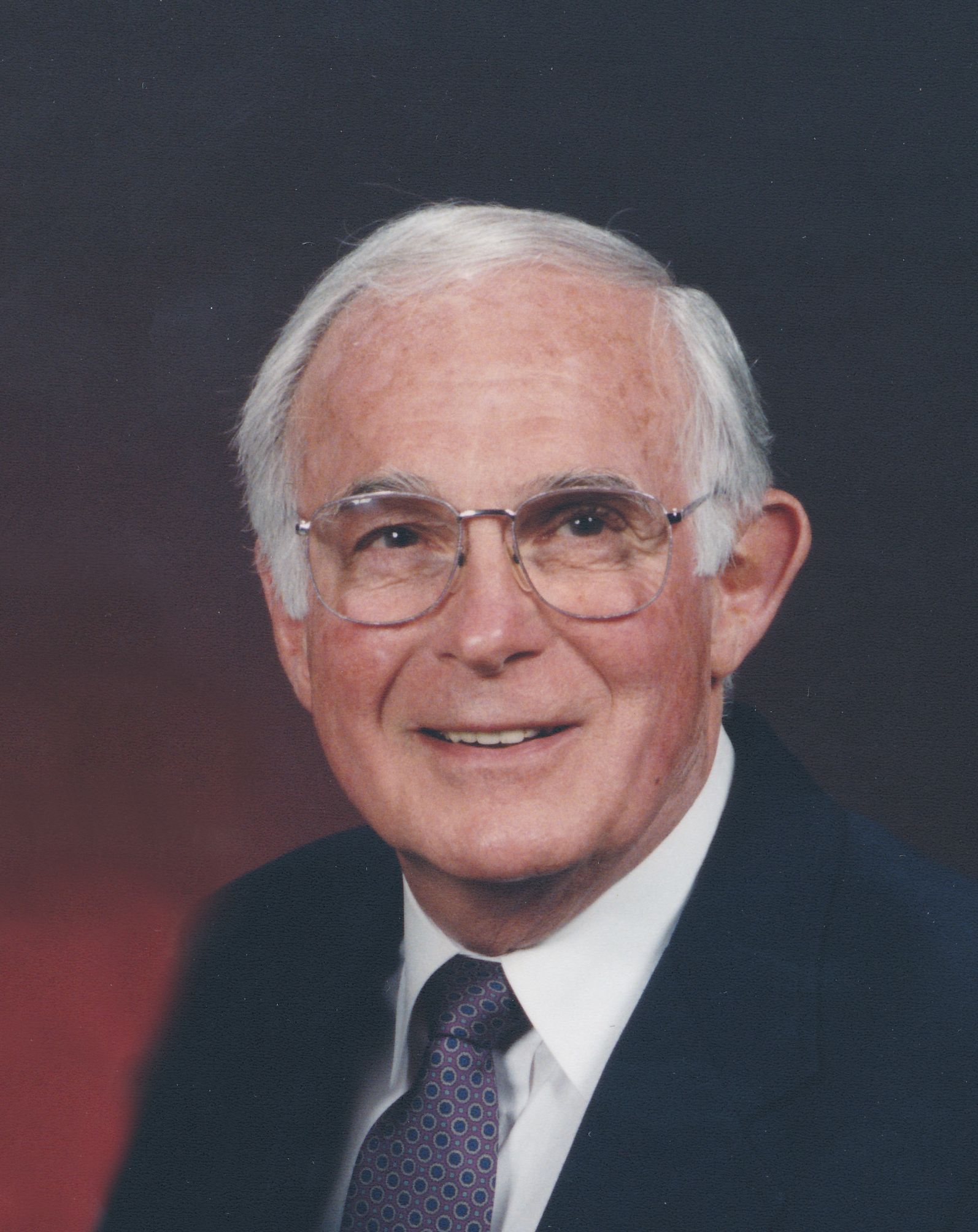 Lawrence “Larry” George Pooler, age 85, of Appleton, was born to eternal life on August 3, 2014. Born on August 31, 1928 to parents Florence Caroline Mairich and Frank Eugene Pooler, Larry grew up in Onalaska, WI. Larry enjoyed childhood with his brother “Mick,” playing on athletic teams and enjoying countless adventures with friends. Onalaska continued to hold a special place in Larry's heart, evident by his continued deep ties to his hometown and friends throughout his lifetime.

After the passing of his father at age 14, Larry entered the service at age 17, serving as a pharmacist mate in the United States Navy. Upon completion of his military service, he earned a degree in economics from Lawrence University in 1952, where he met the love of his life and wife of 60 years, Jean Reynolds, as well as many lifelong friends. After graduating from Lawrence, Larry pursued a legal degree from the University of Wisconsin – Madison. Prior to finishing this degree, Larry accepted a position with Moe Northern, serving as sales manager, vice president and eventually co-owner of the company with Bradley Shepard. Larry thrived during his time at Moe Northern, pairing his knack for sales with his genuine love of people and meeting their needs. His humble nature and quick wit helped him to quickly build working relationships that lasted well after his years in business.

After many wonderful years of devotedly balancing a successful career and family life, Larry retired at the age of 59 and enjoyed a long and fulfilling retirement. He found great joy in frequenting Appleton's YMCA, playing tennis, skiing, hunting, spending time “up north” at Moshawquit Lake, gardening, traveling, monitoring the stock market, managing finances, and building a lifetime of wonderful memories with family and friends. Larry loved being a member of First Congregational United Church of Christ and the Appleton community, and he naturally formed deep and meaningful relationships wherever he went. Throughout his adulthood, Larry cared lovingly for his mother and son with special needs, always putting others first and himself last.

A faithful servant of the Lord and a beloved husband, father, grandfather and friend, Larry will be deeply missed by all who knew and loved him. He leaves behind a legacy of hard work, humor and unconditional love.

A memorial service for Larry will be held on Friday, August 8, 2014 at FIRST CONGREGATIONAL UNITED CHURCH OF CHRIST (724 E. South River St.) at 11:00 am, preceded by visitation from 10:00 am until the time of service. Visitation will also be held on Thursday, August 7, 2014 at WICHMANN FUNERAL HOME DOWNTOWN CHAPEL (537 N. Superior St.) from 5:00 pm to 7:00 pm. In lieu of flowers, a memorial fund is being established in Larry's name.

To order memorial trees or send flowers to the family in memory of Lawrence George "Yutch" Pooler, please visit our flower store.