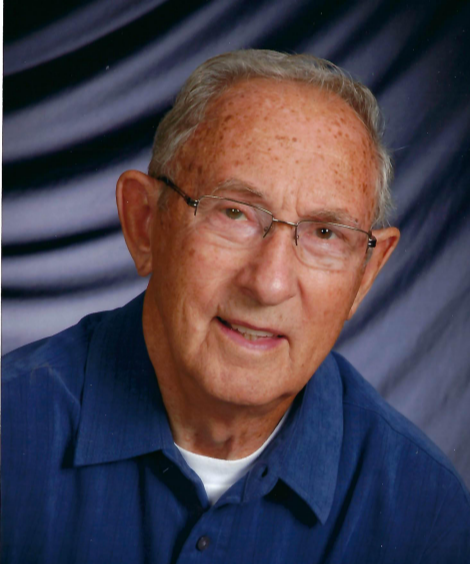 Lavern L. “Grut” Gerrits, age 91 of Combined Locks, WI passed away after a brief illness on May 31, 2022.  The youngest of 10 children, he was born to Martin and Odelia (Verhagen) Gerrits on December 26, 1930.  He married the love of his life, Mary Sengstock, on May 14, 1955 and they lovingly raised 5 daughters together.  Lavern served 2 years in the army and went on to become an electrician, working at the Kimberly paper mill for 43 years and retiring at the age of 62 as an electrical supervisor.

Grut was known for his quick wit, his caring heart, and his involvement in his community and the church.  He enjoyed playing cards and cribbage (Carl, I’ll always up 50 cents), going camping with his family, bowling, golfing, and drinking a good whiskey old fashioned.  He loved woodworking and creating new arts and crafts projects with his wife, Mary.  Lavern and Mary were very involved in the Warming Shelter.  More than anything, though, he loved his family and spending as much time with them as he could.

To order memorial trees or send flowers to the family in memory of Lavern "Grut" Gerrits, please visit our flower store.