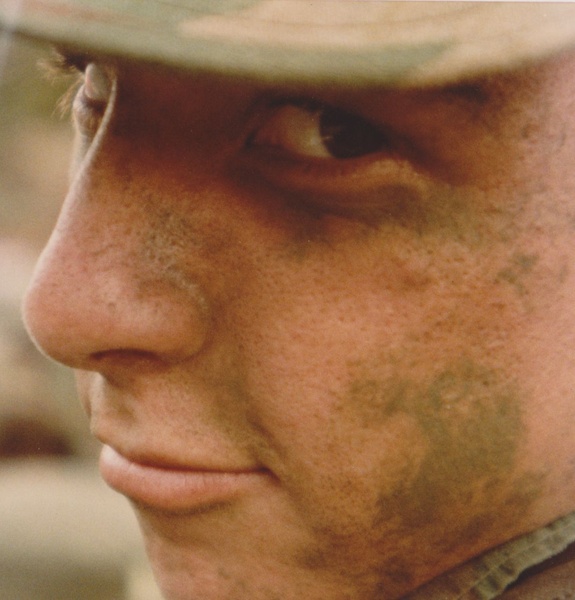 Lance passed away on October 28, 2021 at the Clark County Rehabilitation and Living Center.

Lance was born to Robert and Colleen (Hannan) Arko on April 5, 1962 in Grand Rapids, Minnesota. They resided in Hill City, Minnesota, where his dad held a teaching position. In 1963 they moved to Kimberly, Wisconsin.

Lance attended schools in the Kimberly district and graduated from Kimberly High School in 1980. He was spunky, a daredevil, and a “little” stubborn. At times these were assets and at times led to “discussions” or “corporal punishment.” He was fortunate to grow up in an era when kids played outdoors, all over the neighborhood from dawn to dark. The kindness of his heart always was his strongest attribute, as he would give everything he had to anyone in need and never think twice.

Lance participated in scouting, basketball, and football in his early school years. In his freshman year he began playing hockey. His brother Greg and sister Susie also began playing following in his footsteps. Thus it became a family affair. In the following years much time was spent with hockey families all over the state. He loved the game and all the people involved.

Throughout childhood the family returned to Minnesota every year and sometimes more often. Always at Christmas and again in June to spend time “at the lake.” This was where Lance truly loved being. He loved the woods and being with his grandparents, aunts, uncles, and cousins.

Many good times were spent golfing with his parents, fishing and hunting with his dad and his high school friends. He always said “Dad always had to try one more spot” when they finally got home. Lots of family rides were taken on weekends to parks and trails all over the state with PBJ sandwiches and RC Cola in the cooler. He worked as a bus boy, caddie, and greens keeper during his High School years.

Upon graduating, Lance enlisted in the Army and became a member of the 82nd Airborne stationed at Ft. Bragg. He served one year on the DMZ and truly enjoyed the culture, the people, and the food. Guard duty, not so much. He served combat duty participating in Operation Urgent Fury in ’83, the invasion and rescue mission in Grenada. He also participated in a well-publicized exercise in the California desert where several of his comrades were killed when they were ordered to jump in prohibitive winds. He was honorably discharged after serving 4 years and many “jumps.”

Upon his discharge, with not much call for a TOW gunner, Lance became a restless soul. He worked many jobs in various places: Virginia, Duluth, and St. Cloud, Minnesota; Door County, Appleton, Menasha, and Greenville, Wisconsin. He could not find his niche. He twice admitted himself to the VA Hospital in St. Cloud seeking help for addiction and PTSD, unfortunately to no avail. He became a homeless veteran. He was in St. Cloud for many years helping others, giving away food and clothing, and often his very last dollar. He was fortunate to have his dear friends Scott and Wendy there (“his brother with a different mother”). He returned to the Fox Valley and continued the same way of life, sometimes taking advantage of the Pillars program, but mostly on the street with the duffle bag on his back. He was proud of his survival, but did not realize the toll it was taking on his health.

Lance loved to read, a trait of 4 Generations of Hannan’s, especially his love for Military and American History and The Readers’ Digest.

He had the biggest heart and the most humble soul. He recited an AA prayer every single day.

May he now rest in peace.

Lance is survived by his parents Colleen and Robert Arko, his brother Greg of California, his sister Susie of Darboy, and his two special nieces Rubyana and Kaili. Also survived by Aunts Judie and Sandy, and Uncles John and Larry, and numerous cousins.

He was preceded in death by his four grandparents, who he had important relationships with, and a special Aunt Lauretta and a special Uncle Ed.

Cremation has taken place. Lance will be laid to rest in Northern Minnesota. There will be no services.

To order memorial trees or send flowers to the family in memory of Lance R. Arko, please visit our flower store.