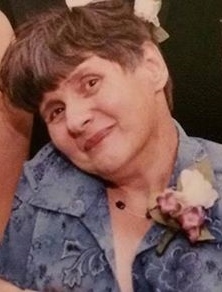 Kris was raised with a strong belief in the Lord and attended Zion Lutheran School and Fox Valley Lutheran High School, graduating in 1970. Kris then enrolled in college and received a degree in Cosmetology.

Kris was a nurturing person who taught her siblings skills such as cooking, sewing and arts and crafts. She spent her free time with her Quarter Horse “Princess”.

On September 13, 1975, Kris married the love of her life, Henry “Hank” Joosten, Jr. After their marriage the two of them together took over operation of the Joosten Family Farm in Little Chute, Wisconsin. During their life on the farm, Kris and Hank gave birth to three children; Christopher, Brock and Brooke. She was a strong mother who always put her children first. The family spent any free time they had up at Dream Lake where they rebuilt a cottage on the water. One of her favorite sounds were the Loons which would come back every year to nest along with watching her children fish and have fun away from the farm.

As time passed Kris' family grew. Brock married Tanya and blessed Kris with two grandchildren; Oliver and Hailey Joosten. Brooke married Carl Thorpe and blessed Kris with three grandchildren; Kyle, Lillian and Jacksyn. Kris took great pride in her children, watching them become adults and have children of their own. Kris was surrounded by circle of extended family including many nieces, nephews and their children along with a sister-in-law and her family. Chris was a long time member of Christ the King Lutheran Church in Combined Locks. With their support her group of friends had grown.

Kris' last years had been spent at Bridgewood (Valhaven) Care Center where she developed many friendships with residents and staff. Her family is grateful for the time, patience and support that she received from the staff at the facility. They not only worked there, but they all truly care about the ones they have been entrusted with.

Throughout Kris' life she had been touched by many individuals that grew to love her. How could you not fall in love with her smile and laugh? She was truly blessed.

Kris was welcomed into heaven by not only our Heavenly Father but also by her first born son, Christopher Henry, sister Vera, brother Earl Jr., both maternal and paternal grandparents, aunts, uncles and cousins as well as many friends.

A celebration of Kris' life will be held on December 9, 2014, at CHRIST THE KING LUTHERAN CHURCH, 601 S. Washington Street, Combined Locks. Visitation will be from 3:00 to 5:30 pm with a memorial service to follow immediately. For more information and to express condolences, please visit www.wichmannfargo.com.

In lieu of flowers, a trust fund has been established for her grandchildren.

Don't weep for long, for now I'm free.
I'm following the path God has planned for me.
My wings unfolded when I heard his voice.
My chains are broken, in heaven I rejoice.

To order memorial trees or send flowers to the family in memory of Kristie L. Joosten, please visit our flower store.