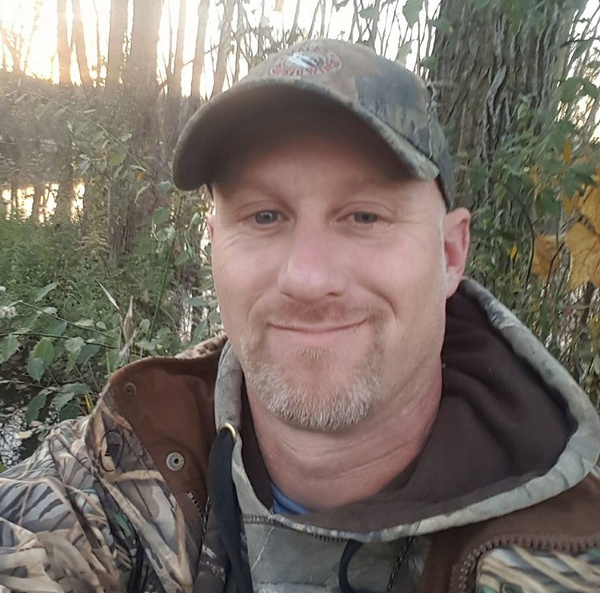 Korey Fischer, age 46 of Appleton was called home to his Lord on Wednesday evening, November 15, 2017. His passing was caused by a previously undiagnosed heart condition. Korey was born in Appleton on February 25, 1971 to Leroy and Patricia (Bergman) Fischer. Korey graduated from Appleton East High School in 1989 where he will be remembered as “Sam Patriot”, the school mascot. He then set out for UW-Stevens Point where he majored in Sociology, but perhaps more importantly, met his future wife, Robin Vander Heyden. The couple married at Good Shepherd Lutheran Church in Appleton on June 8, 1996. Korey began work in the family business of Fischer-Ulman Construction in 1984, and was currently a co-owner. He loved his work, had fun with his crew, and looked forward to reaching his jobsite every day. Most of all, he cherished his customers, and was committed to giving them his best, and treating them all with respect and kindness; his clients loved him for that.

Everyone who knew Korey knew of his love for the outdoors. He treasured his time spent in God’s creation hunting ducks, geese, and deer. His legacy to his family will be his love for mankind and all living creatures.

Korey was a child of God and a faithful member of Appleton Alliance Church. His faith brought him courage and strength to be an awesome husband, father, son, brother, and friend to many. More times than not, Korey was worried about those he loved more than himself - that’s just how he was, generous, gentle, and caring for others.

He will be sadly missed by his loving wife: Robin Fischer of Appleton; his daughter: Rachel Fischer; his parents: Leroy and Patricia (Bergman) Fischer; his sister: Trisha (John) Kostelny and their sons Cole and Reed; his brother: David (Shannon) Fischer and their daughter Layla. Korey is also survived by Robin’s parents: William and Linda Vander Heyden and Peter and Bonita Walter. Her siblings are Nicholas Vander Heyden and his son William, Kimberlie Van Wychen and her daughter Brianna, and Kathryn (Cody) Wagner and their sons Justin and Trevor, Daniel (Lisa) Walter and their daughter Ella, and Annie Petersen. He is also survived by many nieces, nephews, cousins, other relatives, and countless friends.

Korey was preceded in death by his grandparents: Norvell “Speed” (Marjorie Bergman, Ruby Hinish) Bergman and John and Bernice Fischer.

The funeral service for Korey will be held at 12:00 Noon on Tuesday, November 21, 2017 at Appleton Alliance Church, 2963 W. Grand Chute Boulevard in Appleton with Pastor A.J. Dudek officiating. Family and friends are invited to gather at the church on Tuesday morning from 9:00 AM until the time of the service. In lieu of flowers a memorial fund is being established to honor Korey’s memory.

“It’s not all about the hunting part. Sometimes it’s just the surrounding environment and the friends that make it worthwhile.” -Korey Fischer, October 15, 2017

To order memorial trees or send flowers to the family in memory of Korey R. Fischer, please visit our flower store.