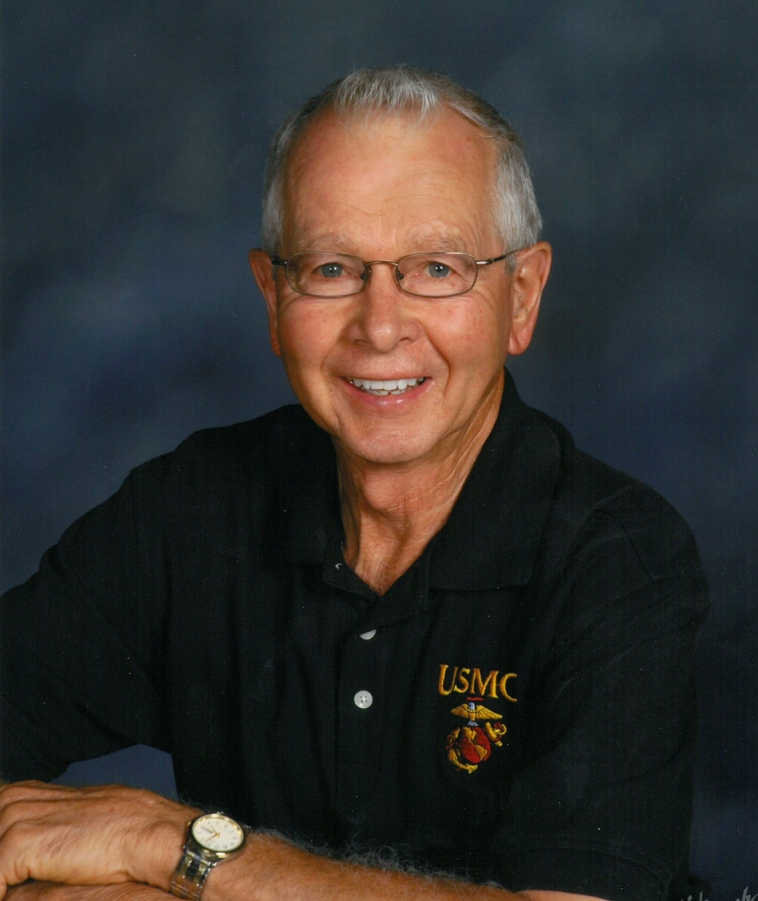 Keith L. Krull, 90 of Appleton, a man who loved God, his wife, and his family, met his precious Lord and Savior on January 26, 2022. He was surrounded by his beloved daughters who walked him to the gates of Heaven.  Keith was born in Trenton, Ohio on February 27, 1931, the son of the late Erie and Mary Krull. One of five children, Keith attended Bonduel high school and excelled in academics, track, football, basketball, was the art editor for the yearbook, and his relay team took 2nd place in the WIAA track and field competition, was prom king his senior year and graduated in 1950.

Upon graduation, Keith entered the U.S. Marine Corp, serving during the Korean War where he worked on MX fighter jets; After leaving the Marines in 1954, Keith returned to his pursuit of Sylvia and on September 8, 1956, Keith married his high school sweetheart and love of his life in Hofa Park. Keith and Sylvia raised their three daughters in the home they built and when Sylvia passed away in 2005, they had shared 49 years together. Keith worked for Kimberly Clark in Neenah for 42 years and retired in 1994 after spending his final 8 years with the company in the research center.

Throughout his life, Keith enjoyed many hobbies: puzzles, reading war books, and doing the mechanical work on his classic 1958 Chevrolet Belair that he often showed at the Pierce Park car show.   He played league ball for Nichols from 1953 until the early 1970’s. Keith was always busy and met everything he did with pride and perfection-even to the point of redoing it if it didn’t meet his expectations. He could often be found puttering in the garage, gardening, fixing things or just lending a helpful hand.  His love was unconditional, and his kindness and generosity will be remembered by all who had the pleasure of knowing him.

Ever the giver, Keith was a well-known volunteer at St Vincent DePaul where he repaired furniture for 20 plus years. He gave his time to the American Cancer Society, volunteering with the Sole Burner in Appleton as well as the March to conquer cancer in Washington, DC.  In addition, Keith gave 11 gallons of blood over the course of his life.

Keith always enjoyed time spent with his family. Time spent at “his” cottage holds memories for grandchildren of the pontoon boat rides, sunsets and sitting around the campfire with an Old Fashion in his hand.

Funeral services for Keith will be held Wednesday February 2, 2022 at Wichmann Funeral Home, 537 N Superior Street, Appleton.  Friends and family may gather for a time of visiting from 9:00am until the service time at 11:00am. Pastor Greg Dykstra will be officiating. Military rites will follow the service.  A private interment will be held at Highland Memorial Park in Appleton.  In lieu of flowers, please consider a donation to Pillers Inc. or to a local food pantry in Keith’s name.

I’m leaving…hoping I left the earth better than I found it. If I did, I didn’t do it alone. -Keith

To order memorial trees or send flowers to the family in memory of Keith Leroy Krull, please visit our flower store.