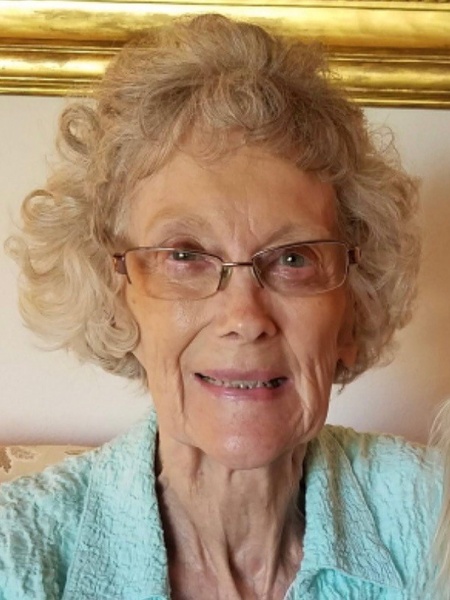 Kay Lynn (Tusler) Bubolz nee Doeringsfeld of Appleton died peacefully at Touchmark Assisted Living Community on January 30, 2022, surrounded by all of her seven children and many grandchildren, after an extended illness with Parkinson’s disease. She was 86.

Kay was born on April 30, 1935, in Groton, SD to the late Amos and Ruth (Magnus) Doeringsfeld. She went to Stevens College in Missouri and graduated with a degree in art. After graduating, she became an airline stewardess for TWA Airlines during the golden age of air travel.

She married her first husband, Ronald Tusler, in December of 1957, and moved to Appleton where her husband’s family owned the Tusler Pontiac car dealership. After 12 years of loving marriage and three children, her husband passed away.

Three years later Kay met her second husband, (Gordon) Allen Bubolz of Appleton. Allen had three children from a previous marriage. Kay became the matriarch of this blended family which eventually included a son whom Allen and Kay had together, completing their family of seven children.

Kay was active in many charitable and philanthropic organizations in Appleton. She was a member of the service organization Eastern Star, and the P.E.O. Sisterhood, which educates women through scholarships and grants. Kay was an avid reader and a member of Fiction Club. She also enjoyed maintaining a Little Free Library outside of her home, even into the advanced stages of Parkinson’s disease.

Kay’s Christian faith was central to her life. She was active in Christian Women’s Club and a member of St. Matthew’s Evangelical Lutheran Church, in Appleton, for many years. Her family remembers her as a devoted student of the Bible who passed on her faith to her children and grandchildren through family devotions, prayer and her unwavering positive attitude about life. “Things just always seem to work out,” she would say and the family knew that this was based on her faith and trust in the Lord.

Kay also had an entrepreneurial spirit. Examples include running a bed & breakfast at the family cottage, “Big Blue,” on the Wolf River and managing a successful Amway business in the 80’s. Along with Allen, she owned and operated the Golf-Bridge apartments in Appleton and the Jellystone Park Camp Resort in Fremont. Her business inclination continued well after retirement as she helped her son Gordy and his wife manage the Gordy Bubolz Water-Ski School.

Kay will be remembered for her hospitality. Whether it was Sunday lunches with her family, a Sunday evening houseboat ride or a New Year’s Eve party complete with gunny-sack horse races, Kay was an impeccable hostess. Many gatherings would include a game of King’s Corner, Chess or Stratego; all the grandkids were taught by Kay. Despite her mild-manner, she relished a competitive game and her keen discernment would often land her on the winning side.

Kay was preceded in death by her parents, her husband Ronald Tusler, her husband (Gordon) Allen Bubolz, her daughter-in-law Beverly (Hannemann) Tusler and her grandson-in-law Anthony Meyer.

The family is grateful for Kay’s devoted caregivers throughout the years, and most recently for the care provided by Touchmark Assisted Living Community.

In lieu of flowers, donations may be made to St. Matthew’s Evangelical Lutheran Church. stmatthewlutheran.com

To order memorial trees or send flowers to the family in memory of Kay Lynn Tusler-Bubolz, please visit our flower store.