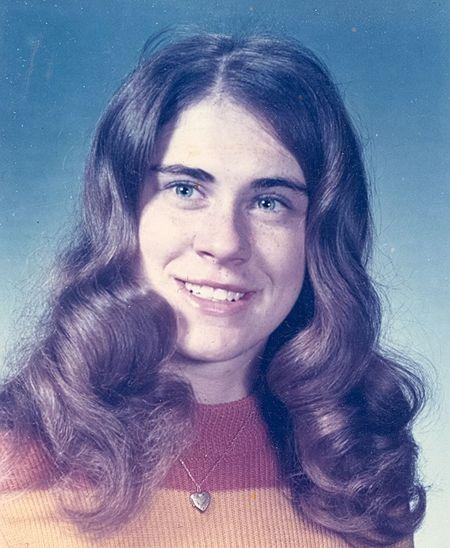 On the evening of June 13, a talented new angel was recruited to accompany the heavenly choirs on piano and bassoon. Kathy was born on Oct. 30, 1950 in De Pere to the late Marian (Becker) and Don Lisch. She learned to play the accordion and piano in grade school and became one of the first members of the Green Bay Youth Symphony in 1966 as a Preble High School junior. In 1972, Kathy graduated with honors in music from St. Norbert College. That fall she became one of the first women in the state to become a high school band director at Brillion High School.

On June 8, 1973, Kathy married Tom Collins at St. Bernard Church in Preble. They recently celebrated 40 years of marriage and participated in a special alumni marriage vow renewal ceremony at St. Norbert in April.

During her long career Kathy worked as a nursing unit assistant at the University of Missouri Medical Center and later in medical records at Kaukauna Community Hospital. Kathy also worked at an Appleton veterinary clinic, among other positions. In recent years, she worked at the Bay Lakes Boy Scout Council and was the Order of the Arrow advisor in this region. Kathy is well known in this region for her dedication and service in shaping the lives of the men and women who are elected to this special honor.

Since 1978, Kathy also was involved in music at Holy Cross and St. John Catholic Churches and at a number of Protestant churches in the community. She worked as music liturgist at St. John in the early 1990s and returned on a part-time basis from 2009 through 2011.

Music performance was a passion in Kathy's life. She played in both the St. Norbert and UW-Green Bay bands while in college. Through the years, she played bassoon with the Fox Valley Symphony, “Communiversity” Orchestra in Green Bay and the St. Norbert Wind Ensemble. She was one of the founding members of the Green Bay Civic Symphony and missed only one concert in 17 years. She also was a member of that group's board of directors for several years and served in its ticket sales operation.

For the last 25 years, Kathy was secretary of the Heart of the Valley Clergy Association. In that role, she helped to coordinate efforts like the annual Ecumenical Prayer Service and regular monthly meetings.

Kathy is survived by her husband, Tom and son, Ryan and his fiancée, Adena Reinemann, as well as the family's beloved dog, Shadow. Other survivors include her brother, Tom (Sandy) Lisch and their son, Don, of White Lake as well as her sister, Amy Lisch, special friend John Duffy and Amy's daughter Shari all of De Pere. Kathy also is survived by Tom's brother Jim (Sue) Collins and niece Vickie (Terry) Maslanka and their sons Adam and Joseph, all of Clintonville, and niece Mary (Jason) Bodine and their sons Aidan and Gabriel of Washburn. Also surviving Kathy is her aunt Mary Becker of Livonia, Michigan, and several cousins who live in Wisconsin, Michigan and Missouri. She was preceded in death by her brother, Rick, her parents, grandparents Ralph and Lucille Becker and Otto and Viola Lisch.

Please remember Kathy through kindness to others, the love of music and the appreciation of God and all of creation, especially the birds and animals she loved.

A Mass celebrating Kathy's rich life and work will be held at 4:00 p.m. Tuesday, June 18 at Holy Cross Catholic Church, 309 Desnoyer Street, Kaukauna with visitation in the church preceding the services from 1:00 p.m. to 4:00 p.m. In lieu of flowers, the family asks that friends consider memorials in Kathy's name to such organizations as the Green Bay Civic Symphony, area nature preserves, various wildlife protection efforts and Friends of Scouting. Online condolences may be expressed at www.wichmannfargo.com.

Kathy's family would like to thank all her caregivers since 2011 at the Kaukauna Clinic, including family physician Dr. Paul Russo, and the many doctors, nurses and others who attended to her at both Theda Clark and Appleton Medical Center, especially those in the oncology and cancer treatment programs.

To order memorial trees or send flowers to the family in memory of Kathryn "Kathy" Mary Collins, please visit our flower store.