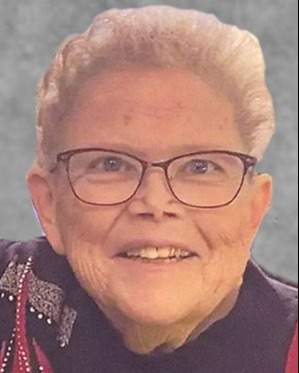 Kathy Gill, age 77, passed away on September 4, 2022.  She was born in Menasha on November 22, 1944, daughter of the late Thomas and Helen (Christensen) Ryan.  After high school, she continued her education for two more years and became a Licensed Practical Nurse.  Kathy continued her nursing career for some fifty years.  On August 22, 1970 she married Richard Gill and the couple recently celebrated fifty-two years of marriage.

Kathy was a loving wife and mother, and in her younger years was very involved in Girl Scouts for forty years, having earned the Honor Pin and the Thanks Badge.  She also served on the Catholic Committee on Scouting and was awarded the St. George Medal.  Kathy was also a faithful Catholic and served the church in many ways.  She taught CFC classes for over fifty years at St. Margaret Mary Parish in Neenah, St. Dismas in Waukegan, Illinois, and at St. Gabriel’s in Neenah. During that time, she also served on parish councils for twenty-six years.

The Funeral Liturgy for Kathy will be held at 11:00 AM on Saturday, September 24, 2022 at St. Gabriel Catholic Church, located at 900 Geiger Street in Neenah.  Fr. Robert Kollath will officiate and interment will take place at a later date at St. Margaret Cemetery in Neenah.  Family and friends are invited to gather directly at the church on September 24, from 9:00 Am until the time of the service.

In lieu of flowers, a memorial fund has been established in Kathy’s name.

To order memorial trees or send flowers to the family in memory of Kathleen E. Gill, please visit our flower store.