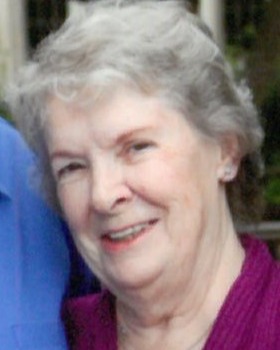 Kathleen A. Comins, age 82 of Appleton, passed away on Thursday, October 13th, at St. Elizabeth hospital surrounded by family. She was born on February 14th, 1940, to the late Raymond and Dorothy (Bender) Ebert in Reedsville. She graduated from Brillion High School in 1958. During her freshman year, she met and began dating her future husband, Jerry. After high school, Kathy attended the Gale Institute in Minneapolis and later started her accomplished airline career at Trans World (TWA) in Chicago. Kathy then returned to the Fox Valley and worked at Mary Ebben Travel Agency. On October 23rd, 1960, Kathy and Jerry were wed at St. John Lutheran Church in Kaukauna. Kathy spent 25 years working at Air Wisconsin, beginning in reservations and ending her career as Vice President and Corporate Secretary — a very prestigious position for a woman of her era. She also spent several years at Wilbourne Travel before retiring.

Kathy and Jerry traveled the world, with trips to England, Aruba, the Caribbean, Canada, and much of the US, including Alaska and Hawaii. Kathy enjoyed gardening and sports, especially NASCAR and the Green Bay Packers. She was an avid collector of Packer and Kennedy memorabilia, and also enjoyed reading and Sudoku puzzles. She was extremely organized and meticulously documented family memories, vacations, and various home improvement projects. Kathy was exceedingly positive and handled her health issues with grace. She was always in high spirits and had an infectious smile. While she could be feisty and spunky, she was also warm-hearted, generous and thoughtful. Along with spending time with family, she also enjoyed fun times with many friends.

Preceding her in death are her parents Raymond and Dorothy; in-laws Stuart and Lucille Comins; and brothers-in-law Carl Miller and Lyle Gamroth.

To order memorial trees or send flowers to the family in memory of Kathleen A. Comins, please visit our flower store.