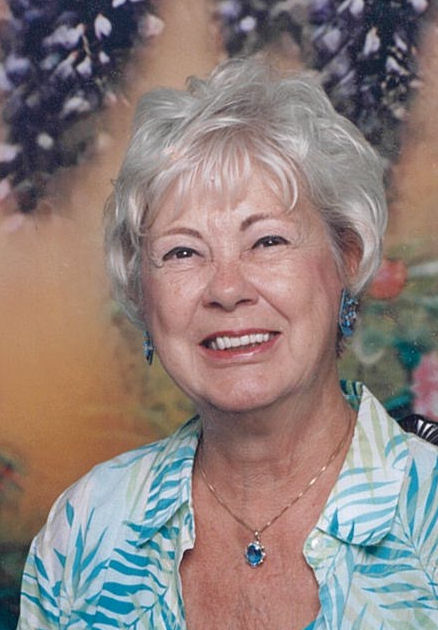 Katherine “Kathy” Louise Richardson(nee Buschman), age 85 of Appleton, Wisconsin and Marco Island, Florida was called to heaven from her home on earth, Friday, March 9, 2018. Kathy was born in Lorain, Ohio on October 10, 1932 daughter of the late Jacob and Dorothea (Buschman) Frye. After the death of her father in 1942 she moved with her mother to Milwaukee, Wisconsin. Kathy graduated from Riverside High School in 1950. Kathy was employed for 3 years by the Wisconsin Bell Telephone Company as a service representative in Milwaukee and Madison. Kathy went on to attend Ripon College in Ripon, Wisconsin, class of 1954, where she met her husband-to-be, John (Jack) Richardson. On September 11, 1954 she married 1st Lt. US Marine Corps, Jack Richardson at Peace Catholic Church, Madison, Wisconsin. He preceded her in death on March 3, 1994. When Jack returned home from the Korean Conflict they started their family and raised 5 children in Miami, Florida, Orange, California and eventually moved in 1963 to Appleton, Wisconsin.

In addition to being a mother and homemaker, Kathy was an avid Green Bay Packer fan and enjoyed many hobbies including tennis, golf, aerobics, modeling, curling, performing in plays with Basement Theater and shelling on Marco Island Beach in Florida. She and her husband Jack were worldwide travelers and she shared the many adventures and photos by giving travelogues at libraries and schools in Appleton, Greenville, and Ripon, Wisconsin. Kathy was a lifelong member of St. Bernard Church in Appleton which recently featured her in an article as a chartered member commemorating the churches 50 years of Care Ministry. Kathy was also a member of the San Marco Catholic Church in Marco Island, Florida. Kathy was a member of the Service Circle of Int’l Order of the Kings Daughters and Sons. She was a member and served as president of the Appleton Medical Center Auxiliary. She enjoyed leading tours as a docent at the Hearthstone Museum in Appleton. Kathy could be found as a snowbird during the winter months on Marco Island, Florida collecting seashells from the ocean. She was a member of the Marco Island Shell Club, the Historical Society of Marco Island, Marco Island Women’s Club and served in various positions on the Board of Directors of Marco Island Smokehouse Bay Club Association.

Kathy was preceded in death by her parents, brother Martin Frye, husband Jack Richardson, brother-in-law Larry Richardson, daughter Mary Richardson-Warnke and granddaughter Emily Kathyrn Roesch. A Ressurection Mass will be held on Friday. March 16, 2018 at 11:00 AM at St. Bernard Catholic Church, 1617 W. Pine Street in Appleton. Visitation will take place on Friday, at St. Bernard Catholic Church, from 9:00 AM until time of Mass. Private interment will take place at St. Patrick Cemetery in Ripon, Wisconsin.

Kathy’s family greatly appreciates the Care Ministry of St. Bernard Church for their care, visits and prayers, the Heartland Home Health Care and Hospice team for their comfort and compassion and a special thank you to all the caregivers, especially Majesta Rabideaux and Dawn Dowling, who helped Susan take care of her mother Kathy for the last six years. In lieu of flowers, memorials to the American Cancer Society in Kathy's name are appreciated.

To order memorial trees or send flowers to the family in memory of Katherine J. "Kathy" Richardson, please visit our flower store.