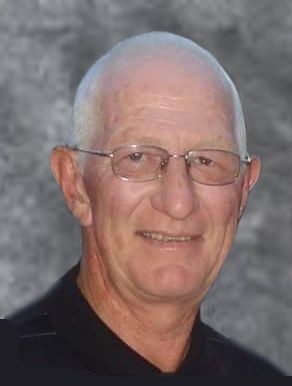 Karsten Vollstedt, age 70 of Appleton, passed away peacefully at home surrounded by family and friends on October 5, 2018, after a courageous three-year battle with ALS (Lou Gehrig's Disease). Born September 30, 1948 in Appleton, Wisconsin, he was the son of the late Otto & Martha (Hawkins) Vollstedt. He graduated from Appleton West High School in 1967 and acquired an Associate’s Degree in Accounting from Fox Valley Technical College.

Karsten served his country in the US Army as a Helicopter Crew Chief Pilot in Vietnam. He was a lifelong resident of Appleton, marrying the love of his life, Sue (Kessel) Vollstedt, of 45 years, and raising his two children, Ryan and Katie, whom were his pride and joy. An entrepreneur at heart, Karsten had several small businesses over the years (gas station, sports card shop, cartography, roofing company), his last a handyman construction and restoration business, which he loved.

Karsten had many passions over the years including; 20 years of coaching his son’s wheelchair basketball team, 40 years of shooting buckets during noon pickup games at the YMCA, golfing with his cronies, cooking for his family and friends, cheering on the Packers, and tending to his garden of bountiful vegetables he enjoyed sharing with family and friends.

Karsten was a devoted husband, exceptional father, grandpa, brother-in-law, coach and friend to many. He was a true family man who was proud of the family unit he built. A kind soul, who made an impact on the lives of everyone he met. He had a laid-back personality, generous heart and was the greatest friend anyone could ever ask for.

Karsten is survived by his wife Sue (Kessel) Vollstedt; two children: Ryan Vollstedt of Appleton and Katie (Bob) Becker of West Bend and their children Lenora and William. Other survivors include Sue’s mother: Katherine Kessel, as well as Sue’s brothers and sisters: Kathy (Bud) Stellberg of Waupaca, Dan (Joan) Kessel of Appleton, Annmarie (David) Horan of Appleton, Mike (Jane) Kessel of Weston and Angie (Mark) Oppor of Menasha. There are also many nieces, nephews, cousins and other relatives and many friends. Karsten was preceded in death by his parents and by his father-in-law Peter Kessel.

A memorial service with full military honors for Karsten will be held at 4:00 PM on Friday, October 12, 2018 at the Wichmann Funeral Home, located at 537 N. Superior Street in Appleton. Family and friends are invited to gather at the funeral home on Friday from 2:00 PM until the time of the service.

The family wishes to extend their gratitude to the Milwaukee VA ALS Clinic staff, Ascension At Home staff and ThedaCare At Home hospice program for their love and support. And a special thank you to, Dr. Norma Turk, Nurse Angie and Nurse Paige for their exceptional care.

To order memorial trees or send flowers to the family in memory of Karsten B. "Soupy" Vollstedt, please visit our flower store.