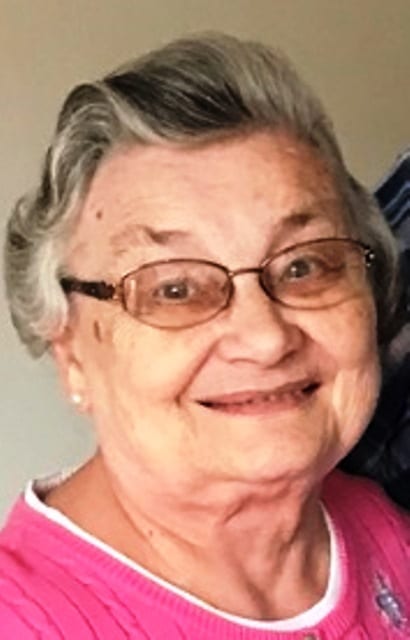 January 28, 2021 the Good Lord called home Karen Angela Hechel, age 78 of Oshkosh, after a brief but tumultuous battle with complications from Alzheimer’s disease.

Karen was born January 21, 1943 at Theda Clark in Neenah to the late George and Cecelia (Dombrowski) Jedwabny, and was their only child.  She graduated from Menasha High School in 1961 and worked at Earl Litho until marrying Marvin Hechel in 1966 and starting a family in 1968.  During the 1980s she worked at Dreger’s Essen Haus in Neshkoro, WI and then Fleet Farm in Oshkosh, where she made many friends until her retirement in 2007.

She is survived by her three sons, Mark (Amy) of Winneconne, WI, along with Russell and Andrew, both of Orlando, FL, and three grandchildren; Thomas, Abigail, and Angela.  She is also survived by two cousins; Janice Gerhard and Fr. Dean Dombrowski.

The family extends special thanks to the nurses and doctors at Mercy Hospital in Oshkosh and, especially, Bethel Nursing Home for being there for Karen during this difficult time.  Over the past few weeks her doctors and nurses described her as “full of fire” and “stubbornly tenacious” – admirable terms of endearment.

Because of current public health circumstances, arrangements are pending for a private ceremony following cremation.  As soon as conditions allow for people to gather safely, a public celebration of Karen’s life will be officiated by Fr. Dean Dombrowski.

To order memorial trees or send flowers to the family in memory of Karen A. Hechel, please visit our flower store.