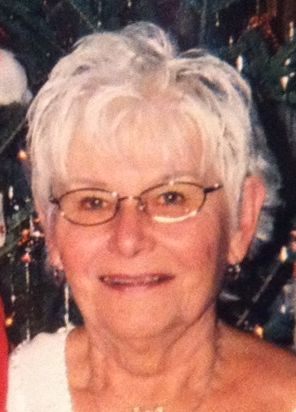 June Hiebing-Van Ryzin, age 77, loving wife, mother, grandmother and sister passed away Thursday, September 27th, 2012 to meet her Lord and Savior by the seashore. Earlier in her life she survived a major heart attack, open-heart surgery and breast cancer and conquered each challenge. June lost her long battle with Pulmonary Arterial Hypertension which has no cure. June was born in Sheboygan, Wi. In 1935, as the daughter of the late Anton and Loretta DeGroot. June married Frederick Hiebing December 15, 1955 in Oakland, Ca. They enjoyed 46 years of marriage, and raised four wonderful children. Together they founded Perma-Way Waterproofing business. Through the years they spent many wonderful times with “The Group”. Frederick preceded June in death on June 19th, 2002.
June married David Van Ryzin on September 13th, 2008. Their combined family includes 9 children and 16 grandchildren. June and David loved to travel to the beaches in many states and countries. They also loved camping and casino trips. David and June also spent many wonderful evenings with “The Group”. She enjoyed her dogs and cats she had through the years, especially her “Kiki”.
In her earlier years, June worked at Prange-Way, North Heights Veterinarian Clinic (17 yrs) did volunteer work at AMC as a patient advocate and at Cherry Meadows Hospice for three years.
Along with Fred, June was further preceded in death by her two brothers, Conway and Anthony, her parents, Anton and Loretta, her brothers-in-law, Russell Rowland and John Hiebing.
She is survived by her loving husband, David Van Ryzin, her sister, Suzanne Rowland, her children, Gregory (Joan) Hiebing, Cynthia (Ted) Heegeman, Pamela (Jay) Cornell, Toni (Lonnie) Meinke, grandchildren Tyler, Trenton, Lauren, Abigail, Rick, Hayden, Alec, Justine, Preston, Isaac, step-children, Pamela (Kim) Beck, Bruce (Patty) Van Ryzin, Jeffery Van Ryzin, Steven (Dee) Van Ryzin, Michelle (Erick) Thompsen, step-grandchildren, Jacob, Josh, Troy, Jack, Ben, Grace.

The Funeral Liturgy will be at 11:00 a.m. on Monday, October 1, 2012, at ST. THERESE CATHOLIC CHURCH, Morrison Street at Wisconsin Avenue, Appleton, with Fr. William Hoffmann officiating. Friends may call at the Wichmann Funeral Home—Tri-County Chapel, Menasha, on Sunday from 4:00 p.m. to 8:00 p.m. and again directly at the church on Monday from 10:00 a.m. until the time of services. There will be a parish prayer service at the funeral home on Sunday at 7:00 p.m. Interment will be in Highland Memorial Park. The family would like to thank the Heart Institute doctors and nurses at AMC, as well as the nurses from Theda Care at Home Hospice Care for their loving care.

June grew even closer to her Lord in the last months of her battle and was looking forward to meeting Him (especially by the seashore). Her favorite hymn was #519 “Lord You Have Come”.
“When my soul is resting in the presence of the Lord I'll be satisfied”