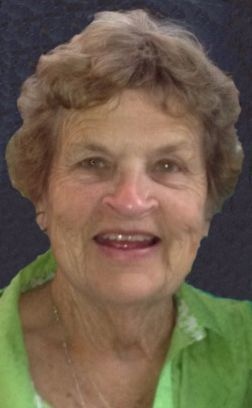 Judith O. Steindorf, 80, passed away on August 12, 2016. Judy was born April 24, 1936 to the late John and Shirley (Taylor) Owen. She graduated from Neenah high school and went on to receive her Journalism degree from UW Madison. While working toward her degree, she met her husband Ronald Steindorf and in 1959 they were united in marriage. They had been married for 57 years. Judy enjoyed PEO, playing tennis, volunteering, taking road trips, and especially spending time with her family. Her grandchildren were her passion. She delighted in attending their tennis, volleyball, baseball, basketball, and golf games and tournaments. She had worked on the Bloodmobile for many years and was also a member of King's Daughters.

Funeral services for Judy will be held on Wednesday, August 17, 2016 at 11 a.m. at ST BERNARD CATHOLIC CHURCH, 1617 W. Pine Street, Appleton. There will be a time of visitation from 9 a.m. until the time of service at the church. Online condolences can be expressed at www.wichmannfargo.com.

The family asks that memorials be made to United for Reading Success in Judy's name. They would like to give a special thank you to the staff at both Brewster Village and St. Elizabeth's Hospital for their loving care and compassion for Judy.

To order memorial trees or send flowers to the family in memory of Judith Steindorf, please visit our flower store.