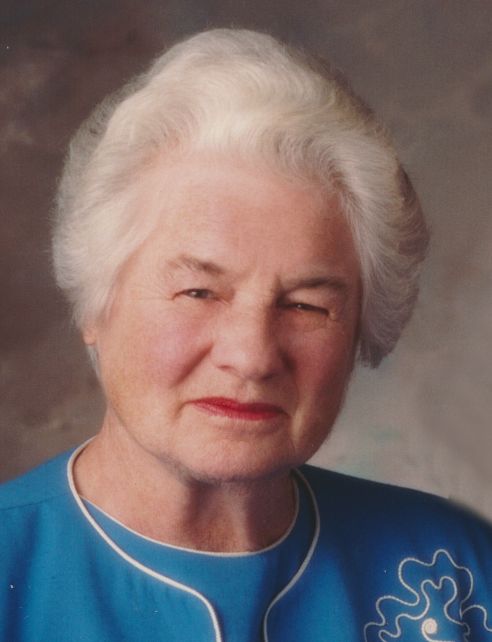 Joyce Wuesthoff Povolny passed away peacefully at Century Oaks Assisted Living in Appleton, Wisconsin, in the early evening of Wednesday, March 27, 2019, in the loving company of her sons, David (Susan) and Daniel, and Dan’s wife, Kathleen.

Joyce was born on December 23, 1929, in Milwaukee, Wisconsin, to Bernadine ‘Bunny’ and Herbert Curt Wuesthoff. As a child, she attended the University School of Milwaukee and went on to receive a BA from Connecticut College for Women (today Connecticut College; New London, CT). She then obtained an MA in social work from Haverford College (Haverford, PA), which she referred to as one of the happiest years of her life.

After receiving her MA, Joyce remained in Philadelphia and worked for the American Friends Service Committee, the Quaker humanitarian and advocacy organization. While there, she met Mojmir Povolny. They were joined in marriage on July 15, 1956, in Milwaukee, Wisconsin, and enjoyed 56 years together until Mojmir’s death on August 21, 2012.

The Povolnys spent an adventuresome first year of marriage doing post-war reconstruction work in Tokyo, Japan. Upon their return, they lived in Chicago briefly, and then settled in Appleton, Wisconsin, where Mojmir taught political science for 29 years at Lawrence University. During the course of their marriage, they enjoyed four sabbatical years overseas, two in London and two in Paris, which Joyce considered her favorite city, and travelled often. Joyce and Mojmir loved to cook and entertain and were known for their annual New Year’s Eve celebration, which often numbered over 100 guests.

Joyce remained active throughout her life as a volunteer with several charitable organizations and as a political activist, once serving as president of the League of Women Voters. She hosted a weekly Quaker meeting in her home off and on for over 40 years. An avid reader and writer, Joyce published four collections of poetry and was still writing during the last weeks of her life.

Joyce is survived by her two sons; 10 grandchildren; 8 great grandchildren; her brothers, William (Carol) and Herbert; and several nieces and nephews. She was preceded in death by her parents, Herbert Sr. and Bernadine; husband, Mojmir; sister, Marcia; brother-in-law Borivoj Povolny and his wife Olga; sister in-law Mary Wuesthoff; and grandson, Jacob.

A visitation will be held on April 6, 2019 from 9 to 11 a.m. at Wichmann Funeral Home, located at 537 N. Superior Street in Appleton, followed by burial at Riverside Cemetery in Appleton.

Thank you to the staff at Century Oaks and Heartland Hospice for their loving care of Joyce in her last days.

To order memorial trees or send flowers to the family in memory of Joyce W. Povolny, please visit our flower store.