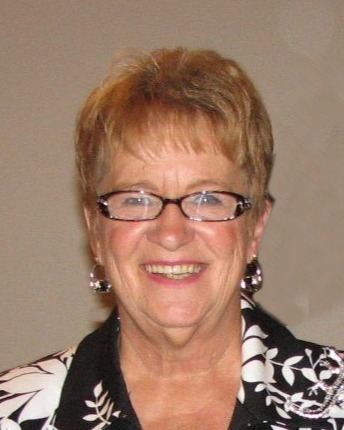 Joyce A. Ohrmundt passed away peacefully surrounded by loved ones on October 28, 2022. Joyce was born January 2, 1941, the daughter of Theodore and Anne (Zygarlicke) Wadzinski in Rhinelander, Wisconsin.  She grew up in Wausau, Wisconsin graduating from Newman Catholic High School.  She married John R. Ohrmundt on October 2, 1960, in Madison, Wisconsin sharing 32 years of marriage before his death in 1993.

Joyce worked many years selling advertising for Consumer Preferred where she was an excellent saleswoman.  She could sell ice to an Eskimo.  After John’s passing, Joyce moved to Appleton to work for Nationwide Travelers doing what she loved; traveling the country and gathering a following of people that also shared her passion.  While living in Appleton she formed many friendships; most notable being the “Boozing Beavers”.  Joyce cherished the time she spent with her family reminiscing about their epic family vacations, camping trips and holiday celebrations.  Her larger-than-life personality will leave a big hole in the lives of all that knew her.

She was preceded in death by her husband, parents, stepfather Walter G Kalinke and brother David Wadzinski.

Funeral services will be held at 11:00 a.m. on Saturday November 5, 2022, at St. Therese Catholic Church, 113 West Kort St., Rothschild.  Father Joseph Albert will officiate.  Visitation will take place from 9:00 a.m. until the time of services at the church.  Entombment will take place at 1:00 p.m. at Restlawn Memorial Park.

The family would like to thank Bob Schroeder, Lynn Wurdinger, Pat Repp, Kathy Keene and the many others that provided rides and support over the past few months.

To order memorial trees or send flowers to the family in memory of Joyce Ohrmundt, please visit our flower store.