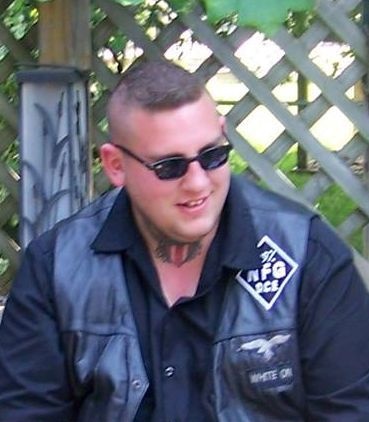 With a pure heart and fearless soul, Our Son, Our Brother, Our Friend, Our Hero enters Valhalla on Eagles wings. Joshua “Rambo” DeFord, 23, died on Tuesday, June 10, 2014 with honor and glory doing what he loved, protecting those close to him, while riding his motorcycle “Storm”. He was born on September 21, 1990 to Darrell DeFord and Christy Amour in Milwaukee. Josh was a proud veteran of the U.S. Army Infantry having served in the 101st Airborne Division. He is a proud Brother of the D.C. Eagles Nation.

Josh is survived by his wife, Karissa DeFord, his children; Kyle, Arianna and Mace DeFord, his parents, Darrell “Bad/HellCat” DeFord and Christy Amour, a brother David (Crystal) DeFord, an Aunt Kathleen Kidd, a grandmother Anita M. Kapp, and his Brothers of the entire D.C. Eagles Nation.

Josh was preceded in death by his grandparents, Arlon and Shirley DeFord and his mother-in-law, Debra Prahl.

Online condolences may be expressed at www.wichmannfargo.com In lieu of flowers a memorial fund is being established in Josh's name.

To order memorial trees or send flowers to the family in memory of Joshua Rambo DeFord, please visit our flower store.