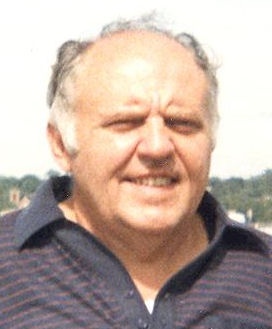 Joseph O. Vollmer, age 79, of New Holstein, passed away on Wednesday, July 27, 2011 surrounded by his family. He was born on September 6, 1931 in Chilton, the son of the late Sylvester and Helen (Bernklau)
Vollmer. Joe graduated from Hilbert High School and served his country in the U.S. Army during the Korean War. Joe married Margaret Works on August 18, 1956 in Hector, Minnesota and she preceded him in death on June 2, 2001. On August 10, 2002 Donna Steffes and Joe were married in Brillion. He was a member of the Menasha Public Library Board. Joe was a former treasurer for local union #77 and the Winnebago County Democratic Party. He retired from Banta Corporation in 1993. Joe enjoyed wintering in Florida.

The memorial service for Joseph will be held at 7:00 pm on Wednesday, August 3, 2011 at WICHMANN FUNERAL HOME TRI-COUNTY CHAPEL with Rev. Susan Safford-Gaul officiating. Inurnment will take place at Green
Lawn Memorial Park, Neenah. The family will receive relatives and friends from 5:00 pm until the time of service. In lieu of flowers, memorials to the Menasha Public Library or Faith United Methodist
Church in Brillion are appreciated.

The family would like to express a special thank you to Karen Doerr from Calumet County Hospice, you are truly a special angel to us.

To order memorial trees or send flowers to the family in memory of Joseph O. Vollmer, please visit our flower store.