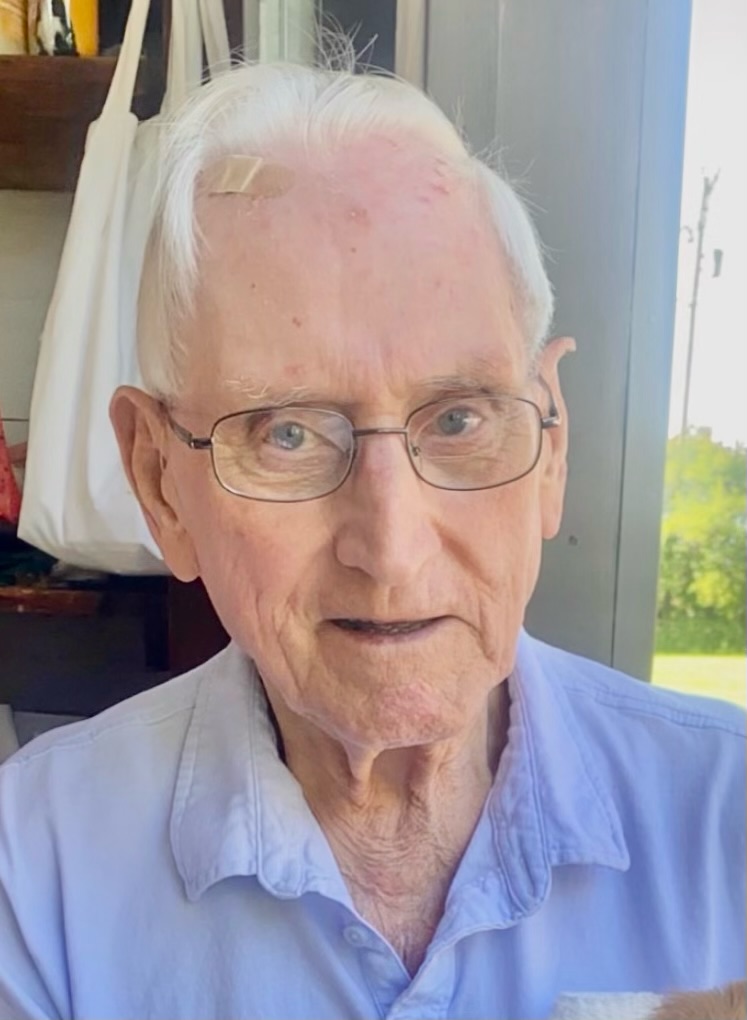 Joe was one of nine children born to the late Joseph and Christine (Von Feldt) back in the year 1931 in Kimberly, WI.  He attended Kimberly High School.  Shortly after, he joined the Air Force. Next came his wife. He married his sweetheart, Margaret Mary Sanders.  He spent 67 years with Marge, the love of his life.  After teaching for 4 years in the Air Force, he and his bride came back and settled in WI.  He made a career working at Eggers Industries, formerly The Hardwood Products, for over 30 years in shipping and transportation. During that time, he and Marge had 2 daughters, Lynn (Tim) Mentzel and Jeanne Vic Magnus.  He was blessed to have 4 grandchildren and 7 great grandchildren.

During “retirement,” he continued to be involved in things like: having the best lawn in town and never having a blade out of place!; 25 years with the German Club;  18 years with the Menasha Elks; 18 years with the Police and Fire Commission;  and 12 years as Chief Inspector on the election board.

In addition to Marge and his daughters, Joe is survived by his brother, Jim (Bonnie) Reidel.

In addition to his parents, he is preceded in death by his siblings, Bill, John, Jerry, Robert, Helen and Sharon; siblings-in-law, Lawrence Ulrich, Vivian Riedel, Carolyn Riedel and Nancy Riedel.

A Funeral Service will be held for Joe with Military Honors at  3 PM on Wednesday, December 22, 2021 at Wichmann Funeral Home -Laemmerich Chapel, 312 Milwaukee St., Menasha, WI 54952.  Friends and family may visit at the funeral home from 1 PM to the time of service.  Inurnment will take place in the spring.

Please leave a special message or condolences below for Joe’s family.

To order memorial trees or send flowers to the family in memory of Joseph M. Riedel Jr., please visit our flower store.