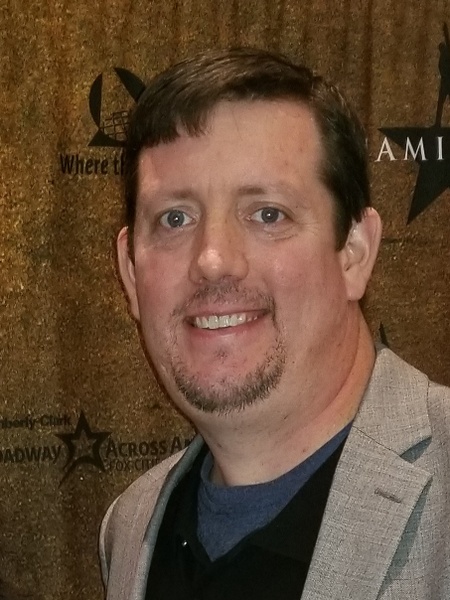 Joseph James Rutchik, 40, was born into eternal life on November 9, 2021. He died at home, in the arms and hands of his wife and five children.
On his 40th birthday, Joseph was diagnosed with a rare form of stage IV cancer. It was his desire to live out his remaining days as a witness to the power and beauty of suffering.
Joseph was born on June 30th, 1981 to James and Mary (Becker) Rutchik in Kenosha, WI. He was blessed with a happy childhood and was close to his parents, younger sister, and several extended family members.
While in school, Joseph developed a love for swimming, finding himself most at home in the water. He graduated from Tremper High School in 1999 and went on to swim competitively while attending UW-Oshkosh.
The sudden death of his father when he was 19 greatly impacted Joseph’s life. He was then diagnosed with a rare genetic condition (Loeys-Dietz Syndrome) which he shared with his father. He found a renewed sense of faith which was nurtured by the community at the UW-Oshkosh Newman Center and Fr. Bob Kollath.
Joseph was united in marriage to “his principessa,” Holly (Knutson) Rutchik on August 27th, 2006, in Oshkosh, WI – a week ahead of his first open heart surgery.
Joseph’s life-long dream of becoming a father was realized on Nov. 9th, 2007. He died on this anniversary, his daughter’s 14th birthday, encircled by his wife and children.
A natural teacher, Joseph earned a master’s degree in English from UW-Oshkosh and taught at several colleges and universities. For the past few years, he worked from home as a copywriter.
Joseph’s vocation to family life was the anchor of his soul in this life. He was an exceptional husband and father. He regularly had an emergency ponytail around his wrist, happily changed thousands of diapers and helped with homework. At night, he often had one (or more!) of his children snuggled up with him in “daddy’s chair.” His warm hands comforted; his steady hands led.
A brilliant, articulate, and humorous man, Joseph was often quietly being the kindest person in the room. With a near photographic memory, He could always ace a test or win a random trivia contest. He kept meticulous (and unreadable) notes and ideas on napkins, receipts or in one of his “red books.” He loved the art of film and could find a movie quote suitable for almost any situation.
Joseph prioritized experiences and time over material things. He enjoyed family bookstore dates, day trips to Door County and traveling with his family. He was a minivan Tetris champion, fitting his family of seven, their luggage and his daughter’s wheelchair into the trunk of a single minivan.
He led family prayer every night and was a dishwasher loading savant. A “giant” baseball fan, he proudly raised his family to be San Francisco Giants fans. He sang “Take Me Out to the Ballgame” to his son before bed each night.
Joseph greeted God in each person he crossed paths with. Doctors, food service professionals or telemarketers, it was important to Joseph to learn people’s names and to thank people by name.
Joseph and Holly share a spectacular love story. They feel in love through conversations that lasted all night and continued to share deep and meaningful conversations daily until the time of his death. He was masterfully skilled at buying cards for special occasions at the last minute and having a brilliantly romantic inscription written by the time he returned home.
Joseph has been a Knight of Columbus for 16 years. In 2019 he made his 3rd degree with Council #4489. He served in the officer position of Advocate. Joseph and his family were recently honored by the Knights of Columbus as the Diocesan Family of the Month for serving as an inspiration to their parish, community and council by exhibiting a strong Catholic family life.
Joseph is survived by his wife, Holly, children; Teresa,14, Anna,12, Elena,10, Elizabeth, 8, and James, 6; his mother, Mary (Becker) Rutchik, sister Karyi (Patrick) Hennessey, nephews Brendan & Lukas Hennessey; a grandmother, Marge Becker; mother and father-in-law Beth and Tom Hillman and brothers-in-law Nick and Scott Knutson. He is further survived by aunts, uncles, cousins, godchildren, in-laws and many friends.
He is reunited in death with his father, James Rutchik, a child, Emmanuel Elizabeth and father-in-law, Kent Knutson.
A visitation will be held on Sunday, Nov. 14, from 12 PM to 3 PM, at the Jansen-Fargo Funeral Home, 204 E. Kimberly Ave, Kimberly.
A Mass of Christian Burial will be held on Monday, Nov. 15, at 11 AM, at Holy Spirit Catholic Church, 620 E Kimberly Ave, Kimberly. There will be a visitation starting at 9:30 AM until the time of Mass. Father Carl Schmitt and Father Luke Strand will officiate.
In lieu of flowers, memorials may be directed to Joseph’s children.

To order memorial trees or send flowers to the family in memory of Joseph James Rutchik, please visit our flower store.