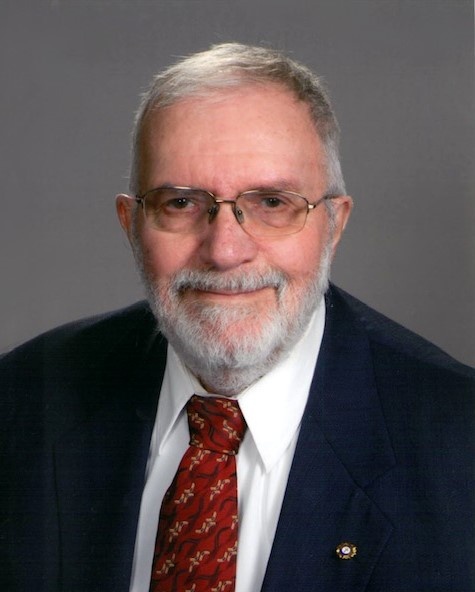 John R. Rath, of Appleton, passed away peacefully, surrounded by his loving family on March 10, 2022.

Born on August 1, 1935, in Two Rivers, Wisconsin, he was the son of Jerome and Anne Radej Rath.  He married Dorothy Anne Fose on August 28, 1956 at St. Joseph Catholic Church in Appleton.

John was a loving and selfless man who always looked out for his family and others.  He volunteered his time in many ways such as serving meals to the less fortunate and delivering flowers to a senior community.

John was a member of St. Bernard and Sacred Heart Parishes in Appleton where he served in various capacities, including member of the Pastoral Council, Building and Grounds Committee, Treasurer-Trustee of the Finance Council, Care Minister, and Lector.

John graduated from Appleton Senior High School in 1953.  He earned a Bachelor of Science in Business Administration from St. Norbert’s College in 1957.  He was a Private First Class in the United States Army Reserve Transportation Corps.

John was active in the Boy Scouts of America for 50 plus years in a wide range of leadership positions.  He received the Silver Beaver Award from the San Gabriel, California Council and the St. George Award from the National Catholic Committee on Scouting.  Through his example and gentle “encouragement,” two granddaughters earned the Girl Scout Gold Award and his six sons and two grandsons were Eagle Scouts.

John was an avid vegetable gardener and was particularly fond of growing tomatoes, peppers, cucumbers, potatoes, cauliflower, and a bounty of other vegetables.  He also enjoyed growing a wide variety of heirloom peonies.

John looked forward to his annual fishing trips to Lake St. Joseph in Canada with family and friends where he chased walleyes and northern pike.  He was very proficient at catching, netting, and eating those species.  He was often heard and will always be heard saying “fish on, don’t horse it, grab the net, that’s a boxer.”

In addition to his parents, John was preceded in death by his brother James and his sisters Mary Ann (Tom) Kinzer and Judith (Rick) Ottman.

Visitation is at Sacred Heart Catholic Church, 222 E. Fremont Street, Appleton, Wisconsin, on March 23, 2022 from 9:30 to 11:00 AM, immediately followed by a Mass of Christian Burial.   Mass may be viewed on www.sacredheartappleton.com including Facebook.

In lieu of flowers, contributions may be made to Sacred Heart Catholic Church.

To order memorial trees or send flowers to the family in memory of John R. Rath, please visit our flower store.